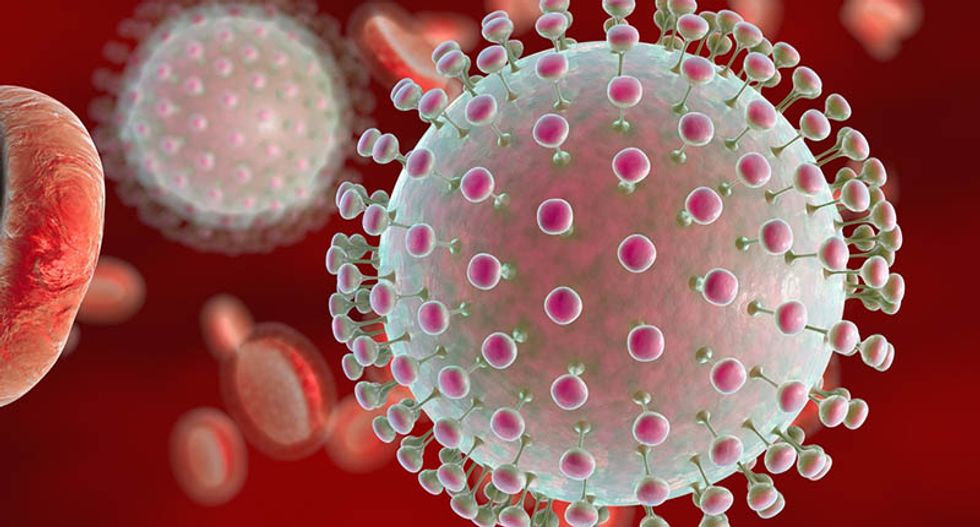 On Wednesday, the Trump administration announced that the National Institutes of Health (NIH) would no longer be funding research that required fetal tissue from elective abortions. Fetal tissue has been used in research to find vaccines for polio, measles, rabies, and is being used to develop therapies for HIV and, most recently, to better understand the Zika virus.

“Promoting the dignity of human life from conception to natural death is one of the very top priorities of President Trump’s administration,” the statement from U.S. Department of Health & Human Services (HHS) said. “Intramural research that requires new acquisition of fetal tissue from elective abortions will not be conducted.”

No current research projects conducted outside the NIH, such as at universities, that are funded by federal grants will be affected during their project periods. However, for new research grants  an ethics advisory board will have to approve the project, “in light of the ethical considerations.”

In September 2018, the HHS discontinued a contract between Advanced Bioscience Resources, Inc. and the Food and Drug Administration which provided human fetal tissue from elective abortions to develop testing protocols. As a result, HHS launched a review of all research of fetal tissue from elective abortions. In the announcement on Wednesday, HHS said it will be discontinuing a contract it had with the University of California in San Francisco (UCSF), specifically a $2 million annual contract which has used fetal tissue to create mice with immune systems similar to humans to test HIV therapies.

The announcement comes after a push by abortion opponents to limit research that involves fetal tissue. According to a  White House spokesman, via the Washington Post, the move was the “president’s decision.”

In a statement, UCSF chancellor Sam Hawgood called the ban “politically motivated, shortsighted and not based on sound science.”

“The efforts by the administration to impede this work will undermine scientific discovery and the ability to find effective treatments for serious and life-threatening disease,” Hagwood said in a statement. "Fetal tissue is used in important research aimed at discovering cures for illnesses that affect the lives of millions of Americans, including Alzheimer’s, spinal cord injury, eye disease, and HIV.”

The 30-year partnership, which ended on Wednesday, helped design models to find a cure for HIV.

“UCSF exercised appropriate oversight and complied with all state and federal laws,” he added.

At UCSF, today’s action ends a 30-year partnership with the NIH to use specially designed models that could be developed only through the use of fetal tissue to find a cure for HIV.

In a statement to Salon, Susan Peschin, the CEO of the Alliance for Aging Research, agreed the restrictions “have no scientific basis and will delay the development of new medical treatments for Alzheimer’s disease, ALS, Parkinson’s, spinal cord injury, and other critical conditions.”

“It is incongruous that, just as our communities are going through the worst measles outbreak in more than a quarter-century, our federal officials are banning the type of research that gave us the measles vaccine,” Peschin said.

“It is incongruous that, just as our communities are going through the worst measles outbreak in more than a quarter-century, our federal officials are banning the type of research that gave us the measles vaccine,” Peschin added.

Joanne Carney, chief government relations officer at American Association for the Advancement of Science, said in a statement to Salon that scientists who “pursue research utilizing fetal tissue seek to answer important scientific questions, and they do so under strict ethical rules.”

Opponents from pro-life organizations have applauded the move.

“I applaud the Trump administration for taking a stand for human rights,” Andrea Picciotti-Bayer, Legal Advisor for the Catholic Association Foundation. “Taxpayers should not be funding experimentation using body parts from aborted babies, such a practice is inhumane and runs counter to our most basic human rights.”

Fetal tissue in the United States is collected at clinics and medical centers that perform abortions, given consent from the woman, which is then passed to biological-research supply companies. These companies process the tissue before selling it to researchers.

Scientists raised concerns about the restrictions in a letter to Senate leaders in 2018, bringing to light that opponents have “incorrectly stated that other cells can be used to replace fetal tissue in biomedical research."

“In fact, cells in fetal tissue have unique and valuable properties that often cannot be replaced by other cell types,” the letter stated. “Cells from fetal tissue are more flexible and less specialized than cells from adult tissue and can be more readily grown in culture.”