Trump's far-fetched claims about his Iran decision are already crumbling 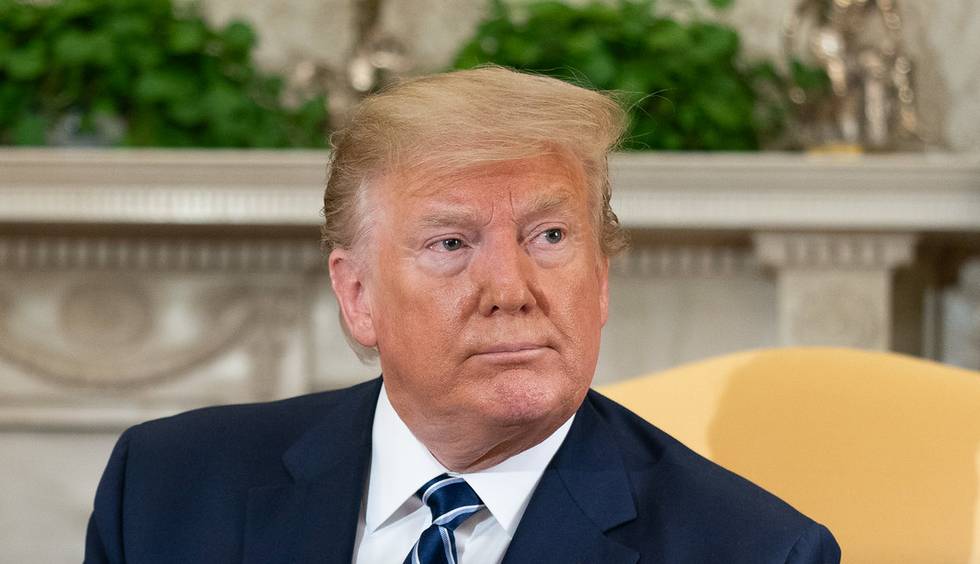 President Donald Trump's story about his decision to cancel planned airstrikes on Iran is not adding up.

Observers have noted that Trump's claim to have stopped the airstrikes as the clock was ticking down — he claimed on Twitter that there were just 10 minutes left for him to make a decision — and that it was only then that he realized that there would be approximately 150 casualties from the strike. This, he said, would be a disproportionate response to Iran's downing of an unmanned drone.

Fox News' Shep Smith noted, "Something is wrong here." The network's reporting suggested that Trump should already have been aware of the possible casualties, as common sense would suggest, far earlier than 10 minutes before the launch. National Security lawyer Bradley Moss argued that, if true, Trump's account shows a "total breakdown in process."

And contrary to Trump's claims, the New York Times reported Thursday that planes were already in the sky to carry out the military operation and ships were in place when the order was withdrawn.

Finally, the Washington Post published a report Friday that said officials in the administration are disputing Trump's public account.

Early in the day, the president said he called off the counterattack at the last minute because it would kill 150 people in retaliation for the downing of an unmanned surveillance drone. “We were cocked & loaded to retaliate last night on 3 different sights when I asked, how many will die,” he tweeted.

But administration officials said Trump was told earlier Thursday how many casualties could occur if a strike on Iran was carried out, and that he had given the green light to prepare for the operation Thursday morning.

Trump’s morning tweets appeared to gloss over the fact that he was the one, as commander in chief, who had ordered the retaliation against Iran in the first place.

Trump administration officials, who like others spoke on the condition of anonymity to discuss sensitive national security decisions, said the president approved the strikes after Iran’s Islamic Revolutionary Guard Corps earlier in the day shot down the Navy RQ-4 Global Hawk, a move Trump described as a “very big mistake.”

But he later changed his mind, the officials said.

So it seems there's good reason to think Trump is being straightforward about what happened. The question is: Why won't he tell the truth?