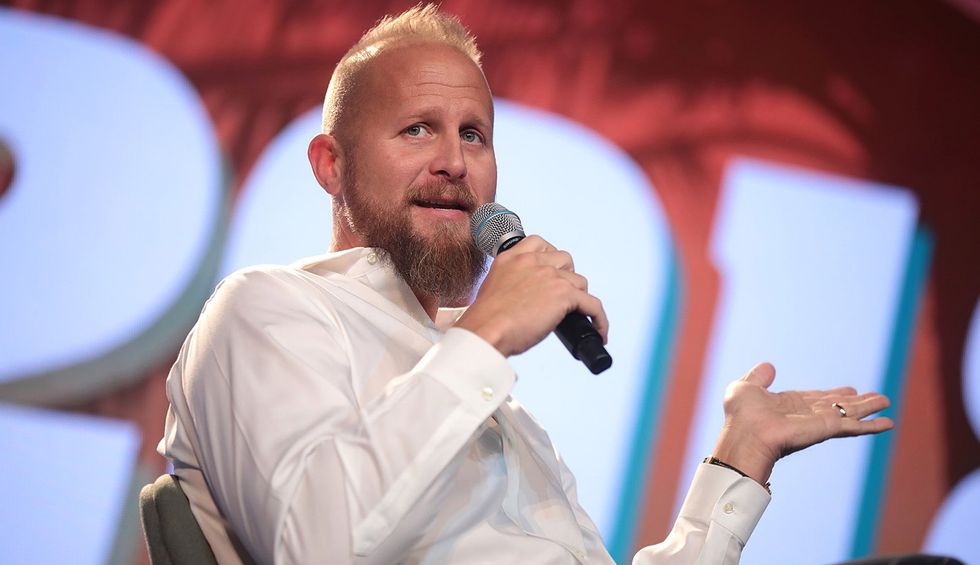 If Donald Trump could just outlaw polls, or at least reputable ones, he would surely do it. On the heels of Trump firing the pollsters who delivered him some bad news about his polling, Trump's campaign manager is declaring all polls "the biggest joke in politics."

“The country is too complex now just to call a couple hundred people and ask them what they think," campaign manager Brad Parscale told CBS News in a taped interview. "The way turnout now works and the abilities that we have to turn out voters, the polling can’t understand that, and that’s why it was so wrong in 2016. It was 100 percent wrong. Nobody got it right. Not one public poll,” Parscale added.

Actually, the national polling pretty accurately predicted the popular vote count, which ultimately favored Hillary Clinton by nearly 3 million votes. The region where the 2016 polling went astray was in Michigan, Wisconsin, and Pennsylvania—three Rust Belt states that proved incredibly consequential after a combined 80,000 votes tilted the electoral college toward Trump. Also, the polling in 2018 turned in some pretty accurate (though not perfect) results regarding Democratic pickups in the House and the Republicans maintaining control of the Senate.

What Parscale is responding to most immediately is Trump’s inability to accept any reality in which he's unpopular—the very same reason he can't admit that Russia intervened on his behalf in 2016 and Hillary Clinton trounced him in the popular vote. A "livid" Trump quickly fired the people who conducted a 17-state poll for him that found he was sucking wind in some critical states.

But as ludicrous as Parscale's comments are, they also reflect the campaign's basic approach to winning reelection. They are simply not trying to appeal to anyone outside of Trump's rage-filled base. They've mostly ceded the infamous Obama-Trump voters. Instead, they are hoping to grow his rage base, bring in more people who feel unfairly victimized and angry and mad about how they've been wronged by politicians and college-educated elites. What Trump's campaign aims to do is to find and mobilize voters who perhaps haven't voted in decades—or even ever—because they are so disgusted with the system. They’re looking to turn out voters who truly might fall beneath the radar of most polls. It’s a pretty radical bet considering how many of those voters they would need to unearth given Trump’s historically low approval ratings.

So Parscale's comments are both a convenient way to dismiss what the polls are reflecting back to Trump and a telling reminder of how Trump's campaign plans to navigate the 2020 cycle.