Trump warned Iran he’d attack unless they agreed to talk — and Iran called his bluff: report 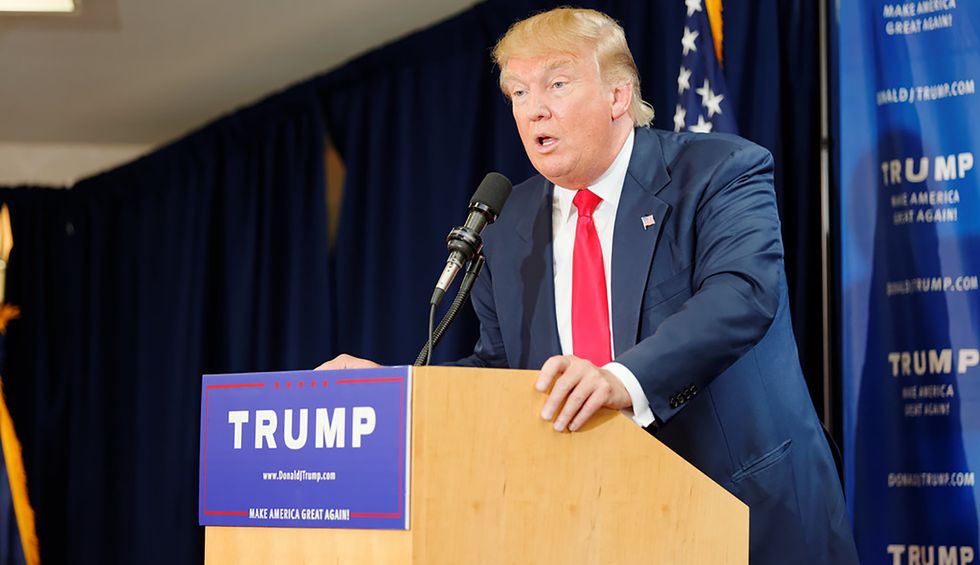 A new report from Reuters claims that President Donald Trump warned the Iranian government that he would launch a military strike against them unless they agreed to have talks about a new nuclear accord — but then Iran refused to talk and the president called off planned strikes anyway.

Specifically, one source tells Reuters that “in his message, Trump said he was against any war with Iran and wanted to talk to Tehran about various issues.”

This official also said that Trump “gave a short period of time to get our response but Iran’s immediate response was that it is up to Supreme Leader [Ayatollah Ali] Khamenei to decide about this issue.”

An Iranian official tells Reuters that his government “made it clear that the leader is against any talks,” which seemingly made a military strike inevitable.

Trump had threatened action against in Iran after Iran’s military shot down an unmanned American drone over international waters on Thursday.

According to the New York Times, Trump authorized a military strike against Iran in retaliation, but then abruptly called it off on Thursday night for reasons that remain unclear.