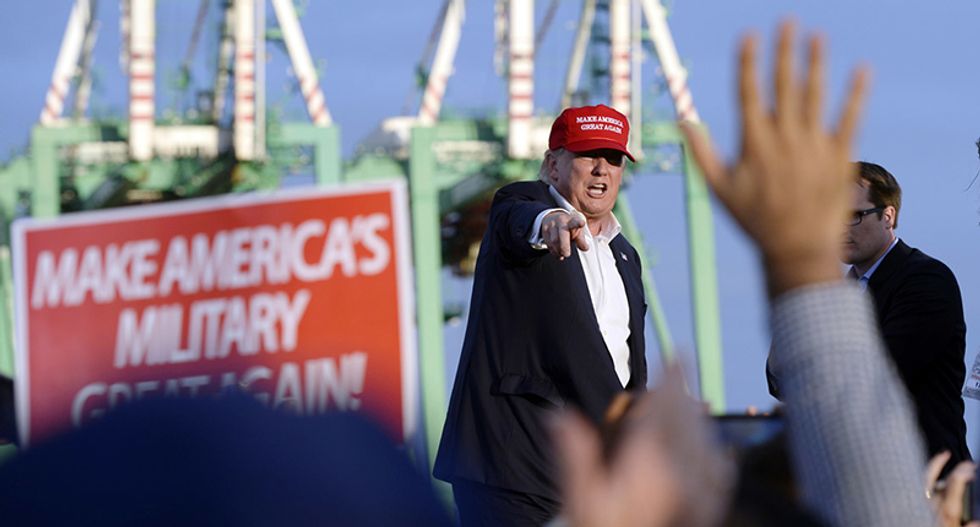 President Donald Trump is now saying "of course" he would report to the FBI attempts by foreign nations to give him negative information about the United States – a strong departure from remarks he made that have caused days of outrage and condemnation.

"Of course you give it to the FBI or report it to the attorney general," Trump told  "Fox & Friends" Friday morning.

But that's not what the national outrage is about, nor what Trump originally said.

President Trump told ABC News this week that he would not report to the FBI attempts by foreign nations to give him "opposition research" against a political opponent to help him win re-election – which is illegal.

“I think you might want to listen, there isn’t anything wrong with listening,” Trump said on Wednesday, which is legally incorrect. "You don't call the FBI."

Here's how Trump tried to twist the issue – and his response.

"First of all I don't think anybody would present me with anything bad because they know how much I love this country," Trump told "Fox & Friends," which is pointless.

"You couldn't have that happen with our country, everybody understands that," he added.

But then there's another twist.

At issue is accepting dirt on a political opponent. Audio or visual does not matter. But whether or not the information is "incorrect or badly stated" doesn't matter one bit.

He then totally distorts the issue.

"One thing that's different with the president, I had dinner with the Queen, I met with the prime minister of the UK, I was with the head of France, all these nations, and I constantly sam, constantly talking t them," he said, trying to defend himself while altering the issue.

"Gee, if they say, 'We don't like your opponent,' am I supposed to put the President of France, a, I supposed to report him to the FBI?"