Trump signals pardon for Flynn and insists impeachment not 'permissible' 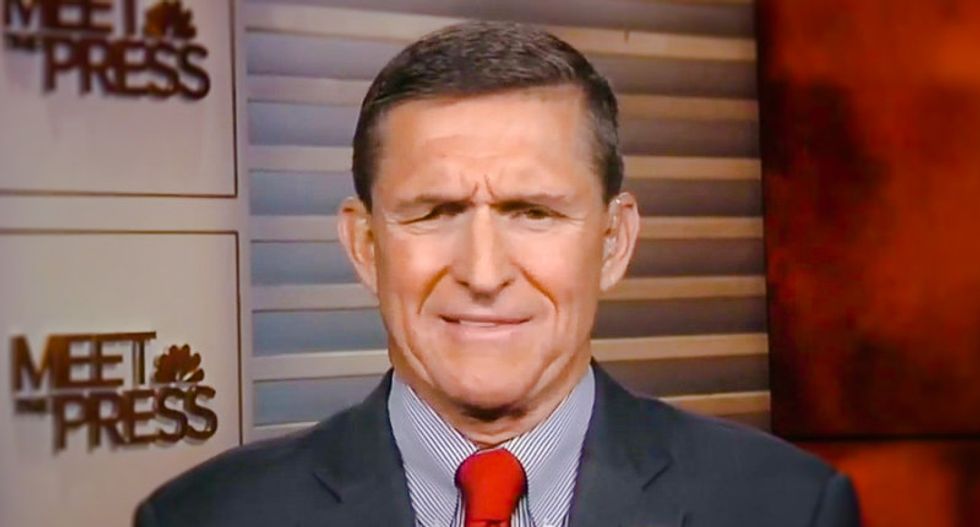 Many across the nation were stunned Wednesday evening when ABC News released video of their interview showing President Donald Trump declaring he absolutely would accept illegal information from a foreign power – specifically, even a hostile foreign power including Russia – which would be against the law.

Flynn, whose extensive contacts with the Russians were detailed in the Mueller Report that the President clearly has not read, has retained a new attorney. She is a "Mueller-bashing" Fox News contributor who pushes conspiracy theories and claims Flynn was framed.

Here's the President applauding Flynn's choice, and all but promising a pardon:

That was not Trump's only egregious act Thursday AM.

He tweeted out a supposed quote from Trump-loving lawyer Alan Dershowitz, another in the line of attorneys like Rudy Giuliani who have, for reasons that likely will forever be unknown, have decided ton destroy their reputations in service to this monstrous man.

Notice the spelling and grammar irregularities, but most importantly, know this suggestion there is no "compelling evidence" is just plain false, and Dershowitz's analysis has been debunked.

Trump also posted a series of tweets threatening the Democrats, which was just idiotic.

Republicans over the past 12 hours? Crickets.