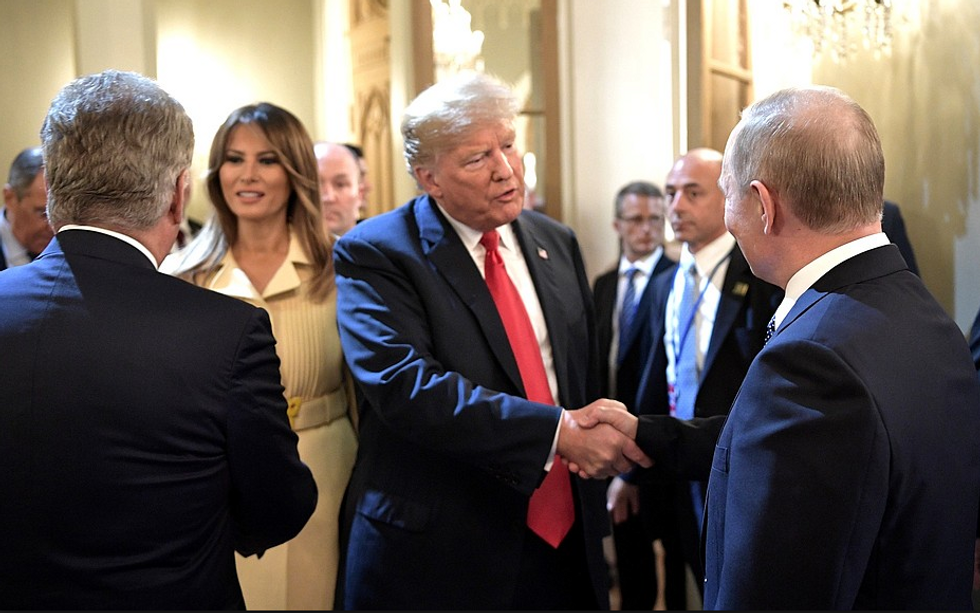 The New York Times is reporting that the United States is cyber attacking Russia's electric power grid and other targets—and that President Donald Trump is being kept out of the loop.

"The American strategy has shifted more toward offense, officials say, with the placement of potentially crippling malware inside the Russian system at a depth and with an aggressiveness that had never been tried before."

Trump has not been briefed on the operation because of “the possibility that he might countermand it or discuss it with foreign officials.”

Two administration officials said they believed Mr. Trump had not been briefed in any detail about the steps to place ‘implants’ — software code that can be used for surveillance or attack — inside the Russian grid.

Pentagon and intelligence officials described broad hesitation to go into detail with Mr. Trump about operations against Russia for concern over his reaction — and the possibility that he might countermand it or discuss it with foreign officials, as he did in 2017 when he mentioned a sensitive operation in Syria to the Russian foreign minister.

New cyber laws were granted to the U.S. Cyber Command by the White House and Congress last year allowing such “clandestine military activity” in cyberspace to go ahead without the president’s approval.

Trump has lashed back at The Times, accusing the newspaper of committing a "virtual act of treason" over its reporting.

Do you believe that the Failing New York Times just did a story stating that the United States is substantially inc… https://t.co/Zrf9rgki3V
— Donald J. Trump (@Donald J. Trump)1560647723.0

"The question now is whether placing the equivalent of land mines in a foreign power network is the right way to deter Russia. While it parallels Cold War nuclear strategy, it also enshrines power grids as a legitimate target."