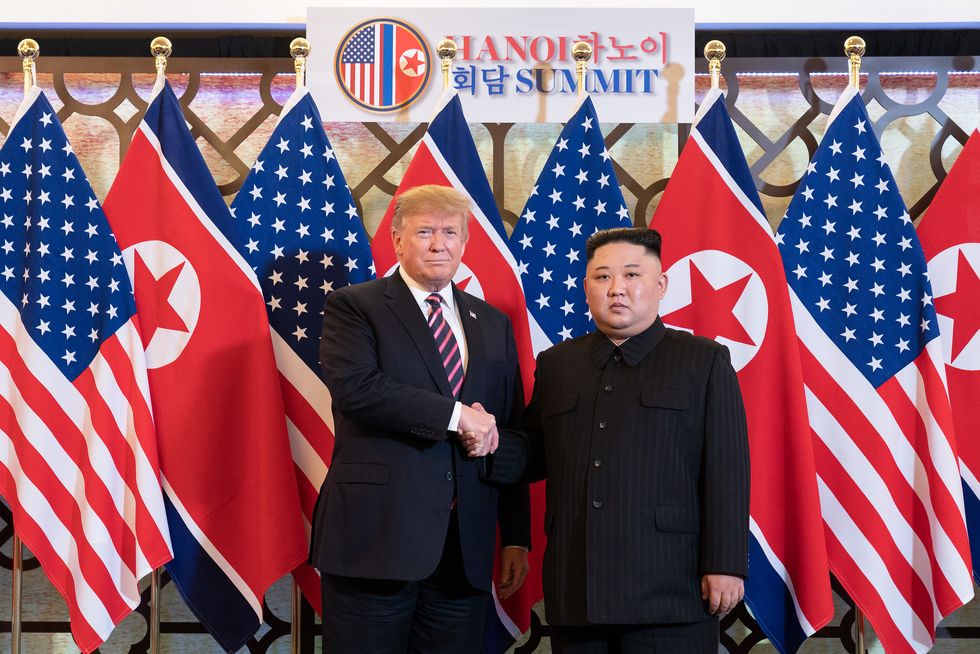 A reporter asked the president about a new report from the Wall Street Journal that found Kim's half brother, Kim Jong-nam, was a confidential source for the CIA before he was killed in 2017 in a chemical attack. The North Korean regime is suspected in the murder. Kim Jong-nam had been living in China, and some had identified him as a potential alternative leader for North Korea.

"I just received a beautiful letter from Kim Jong Un,” Trump told the reporter on Tuesday. “I think the relationship is very well, but I appreciated the letter. I saw the information about the CIA with regard to his brother or half brother, and I would tell him that would not happen under my auspices. I wouldn’t let that happen under my auspices."

First of all, it's bizarre for a president to comment about reporting on sensitive national security leaks, which they usually avoid confirming.

But more to the point, these claims likely couldn't make Kim Jong-un any happier. The last thing the autocrat wants is to have anyone who is willing to share information about the insular regime with foreign intelligence services, including the United States.

Of course, a promise from Trump not to use CIA sources is less than worthless. But Trump's words are more important for their chilling effects than they are for their truth value. If you were a North Korean in a position to be a defector or information source for the U.S., the last thing you'd want to hear is that the president — the ultimate authority of the executive branch — is openly saying that he's uninterested in the CIA developing sources of information. A potential source needs confidence that the foreign government they're helping will protect them as much as possible, and with Trump in charge, they can't have that.

So this will make the U.S. government efforts to understand Kim and his government that much more difficult. The inner workings of North Korea have long been a source of mystery for the United States, and Trump's comments will make it harder for the CIA to gain more reliable information.

Of course, the CIA has a complicated and checkered history, and its actions deserve scrutiny. But the kind of intelligence gathering the new report reveals — soliciting information from the family member of a brutal dictator who is living — should be pretty controversial. Getting information about a nuclear-armed rogue regime that has tense relationships with U.S. allies is undoubtedly in the American interest, and it doesn't likely cross any clear moral lines.

What it does, it seems, is offend someone Trump now actually considers a friend.

And while Trump continues to bend over backward to accommodate and please Kim Jong-Un, North Korea has made no real progress toward denuclearization, has scoffed at Trump's diplomacy, and begun testing missile launches yet again.