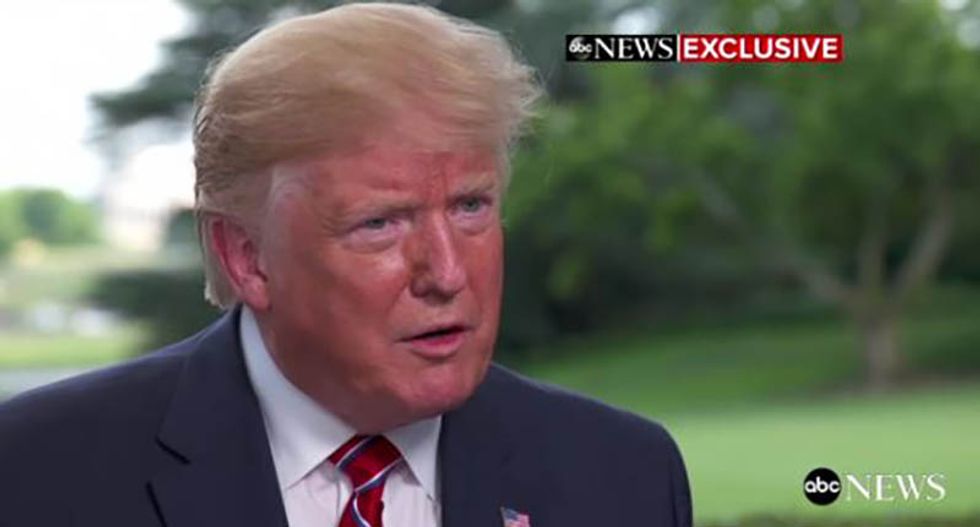 Speaking with the ABC host, Trump claimed McGahn “may have been confused” when he told Mueller that Trump instructed him several times to have the acting attorney general remove Mueller from investigating the White House.

“The story on that very simply, No. 1, I was never going to fire Mueller. I never suggested firing Mueller,” Trump lectured.

Pressed by the ABC host, Trump fired back, “I don’t care what [McGahn] says, it doesn’t matter.”

“Why would [McGahn] lie under oath?” Stephanopoulos asked.

“Because he wanted to make himself look like a good lawyer,” Trump said. “Or he believed it because I would constantly tell anybody that would listen — including you, including the media — that Robert Mueller was conflicted. Robert Mueller had a total conflict of interest.”