Trump arrives in London for U.K. visit and D-Day 75th anniversary commemoration: Here’s what British politicians have been saying 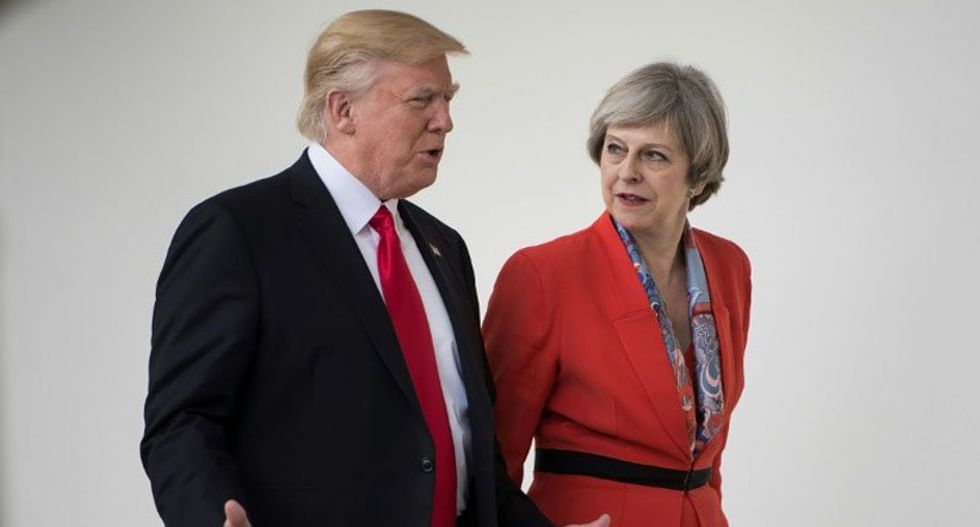 After President Donald Trump arrived in London on Monday morning, June 3, the president and First Lady Melania Trump were greeted by members of the British royal family at Buckingham Palace — including Prince Charles and the Duchess of Cornwall — before a private lunch with Queen Elizabeth II. Trump, who is visiting the U.K. this week to commemorate the 75th anniversary of D-Day, arrived during a chaotic and turbulent time: this Friday, June 7, will be Prime Minister Theresa May’s last day in office. May resigned in frustration after all of her Brexit proposals were voted down in Parliament, and British politicians continue to have heated, angry debates over the specifics of how the U.K. will exit the European Union (EU).

British politicians have had much to say about Trump’s U.K. visit in recent days. Here are some of the things they have been saying.

London Mayor Sadiq Khan is among the many British politicians who has been a persistent critic of Trump. And with Trump visiting the U.K., Khan declared in a video, “President Trump, if you’re watching this, your values and what you stand for are the complete opposite of London’s values and the values in this country. We think diversity is not a weakness; diversity is a strength.”

Khan also attacked Trump for “rolling back the reproductive rights of women” in the United States. And on Twitter, Khan criticized Trump for failing to take climate change seriously, posting, “You can’t build a wall around the consequences of climate change.”

Trump, in response, has been lambasting Khan on Twitter, unfavorably comparing him to New York City Mayor Bill de Blasio.

Although Trump and May have had their share of disagreements, the outgoing prime minster maintained a very diplomatic and cordial tone as Trump was arriving in London. May has stressed that the U.S. and the U.K. have had a close relationship for many years, forwarding a tweet from the U.K. Foreign Office noting that “an estimated one in five Americans have British ancestry.” And on Monday, May tweeted, “I’m honored to be able to mark the 75th anniversary of the D-Day landings this week alongside the veterans who were there.”

Although Trump is generally unpopular in the U.K., a major exception is right-wing politician Nigel Farage. The former leader of the Independence Party and current leader of the Brexit Party has been one of Trump’s most ardent supporters in the U.K., and when Farage appeared on Fox News’ “Fox and Friends” on Monday morning, he insisted that Trump’s popularity had grown in Great Britain considerably.

“When he was first elected, it was wall-to-wall negativity from the entire British press — and there was virtually nobody in public life in Britain standing up for the president,” Farage declared. “In fact, at times, I felt like his only public supporter in the country.”

But Farage went on to say that Trump’s “approval ratings in Britain are much, much better than they were two and a half years ago.” And Farage went on to dismiss the anti-Trump protests in London as “paid protests.”

In the U.K., the Labour Party is presently being led not by a centrist like former Prime Minister Tony Blair, but by a staunch liberal/progressive: Jeremy Corbyn, who — like Khan — has been a blistering critic of Trump’s presidency. And Corbyn, on Monday, expressed his solidarity with Khan as well all as all the Londoners who were protesting Trump’s visit.

Tomorrow's protest against Donald Trump's state visit is an opportunity to stand in solidarity with those he's atta… https://t.co/9Thdf72oZ8
— Jeremy Corbyn (@Jeremy Corbyn) 1559561335.0