'This is Trumpistan': Ex-White House lawyer explains why Kellyanne Conway getting away with breaking the law is so dangerous 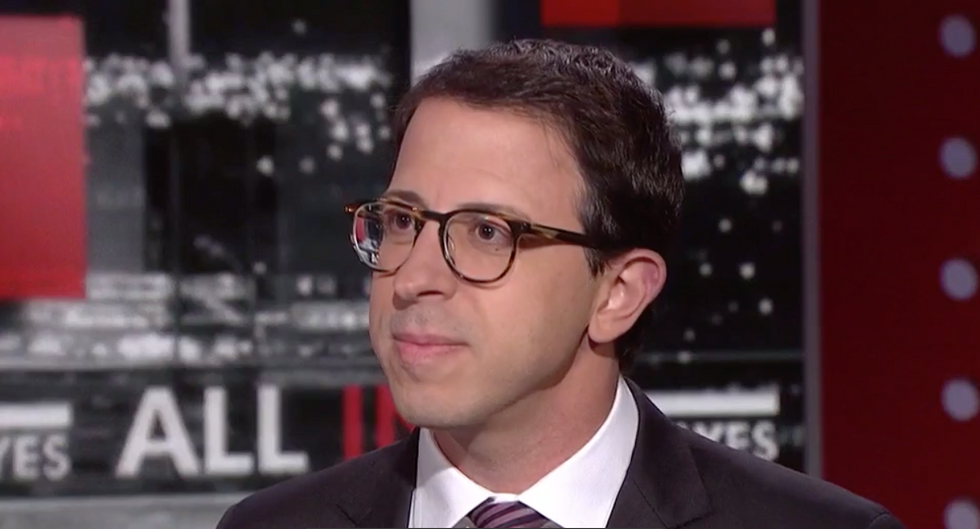 Overlooking White House counselor Kellyanne Conway's repeated violations of the Hatch Act, as documented by the Office of Special Counsel, could be much more dangerous than it looks.

That's what Ian Bassin, a former White House lawyer and the executive director of Protect Democracy argued Thursday night on MSNBC's "All In with Chris Hayes."

The special counsel, which is itself run by a Trump appointee, has recommended that Conway be removed from her federal job because she has repeatedly used her position in the government to try to influence elections, which is prohibited by the law. But ultimately, enforcing that law is up to President Donald Trump — who has made clear that he has no interest in taking action against Conway.

"Look, we have laws in this country," said Bassin. "And if the president can say to his top official, 'They don't apply to you, ignore them' — what happens to the system? Yesterday, the president said, 'Ignore the campaign finance laws.' Today, he says, 'Ignore the Hatch Act.' What's it going to be tomorrow? Ignore bribery laws? At what point do we cease to be a government of laws and not men?"

He added: "You talk to the experts — and we do this at Protect Democracy — about how autocrats have dismantled democracies around the world in the 20th century. And what they tell you is they don't roll the tanks into the middle of the square. They slowly pull the threads out of the system until there's no system left. And what you're watching happen, with a president who, yesterday, his lawyer went to court and said, 'Congress cannot investigate the president for breaking the law.' Last night he invited foreign governments to interfere in our elections. ... The president is poking his eye in the eye of Americans and saying: 'This is Trumpistan, not the United States of America. Are you going to do anything about it?'"