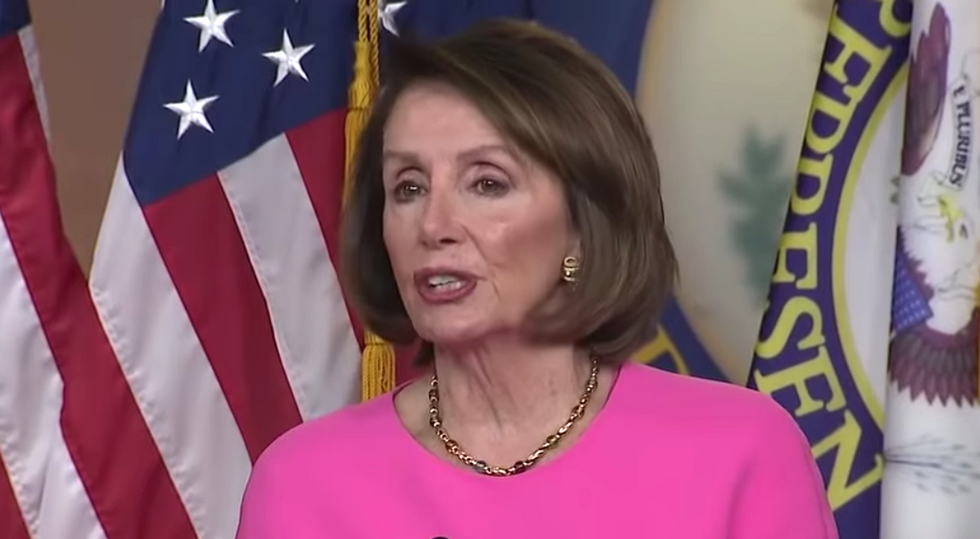 House Speaker Nancy Pelosi remains the most prominent Democratic voice against impeachment in the House, arguing that fellow Democrats would be much better off holding the president accountable by conducting aggressive investigations and doing everything possible to get him voted out of office in 2020.

But Trump has vowed to defy all subpoenas from House Democrats, and columnist Greg Sargent outlined a possible “nightmare scenario” in the Washington Post on Thursday if impeachment isn’t pursued.

With Trump resisting subpoenas and claiming executive privilege, Sargent explains, Democrats are responding via the federal courts — and possibly, they would have more leverage in the courts if they held an impeachment inquiry.

“It is, of course, very possible that Democrats could win most or all these oversight battles without an inquiry,” Sargent writes. “But there’s a real risk in taking the chance, due to timing: if Democrats do lose in court, and enough time has passed that we find ourselves in the fall, they might decide that it’s too late for an inquiry to maximize leverage, due to the election and find their efforts largely frustrated — a nightmare scenario.”

Sargent interviewed Rep. Jamie Raskin of Maryland for his column, and the Maryland Democrat (a 56-year-old constitutional law professor and House Judiciary Committee member) noted that House Democrats might have a harder time fighting Trump in court if they don’t hold an impeachment inquiry.

“I see a strong sentiment in the Judiciary Committee majority that an impeachment inquiry is warranted for substantive reasons, but also, that procedurally, it is necessary to avoid a series of legal minefields in conservative courtrooms,” Raskin told Sargent.

According to Raskin, Trump and his advisers “figure that if we get into 2020, it’ll be too late to launch an inquiry.”

One of the things House Democrats have been fighting Attorney General William Barr over is their request for an unredacted version of former Special Counsel Robert Mueller’s final report for the Russia investigation. Barr has released the report publicly, but in redacted form.

Sargent points to a May 28 article that legal expert Michael Stern wrote for the Just Security website, explaining that as Stern sees it, Democrats will be making themselves weaker in court battles with Trump if they resist impeachment.

According to Stern, Sargent writes, “it’s reasonably possible that courts could give more weight to the White House’s claims of immunity to block testimony, and to the idea that secret grand jury material in the unreleased Mueller portions doesn’t have to be given to Congress for mere oversight purposes.”

Nonetheless, Raskin told Sargent that Democrats, overall, have a strong case in court in arguing that they are entitled to congressional oversight of the president — although losses in the courts are possible, especially the closer they get to the U.S. Supreme Court. Democrats, Raskin warns, shouldn’t expect Justice Brett Kavanaugh or Justice Neil Gorsuch to “save us from the Trump Administration.”

“The higher you go, the riskier it is,” Raskin told Sargent. “We are apprehensive of the administration trying to drag everything out over a period of months and years.”