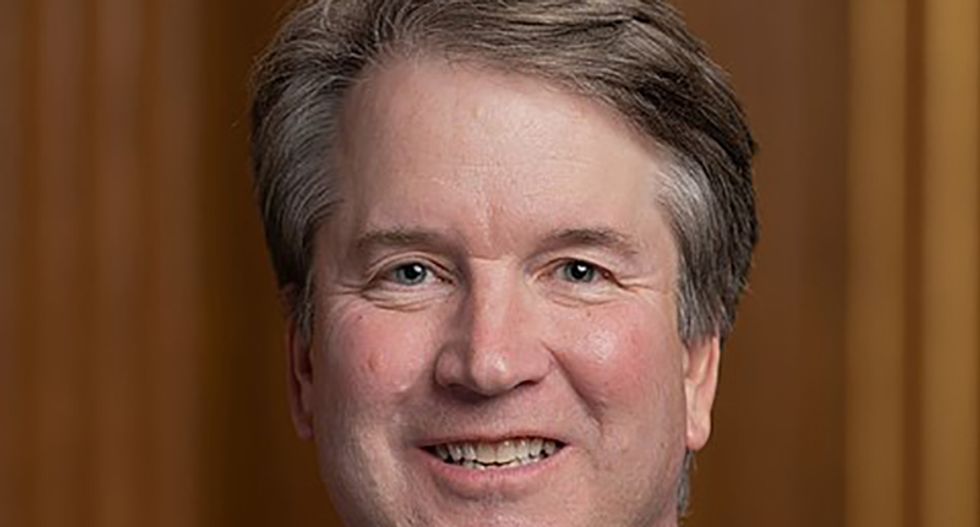 If you are looking for confirmation that the Supreme Court is moving ever further to the right, you don’t have to wait for its decisions in a pair of pivotal cases concerning partisan gerrymandering and the census.

Those cases — which deal, respectively, with the constitutionality of carving up voting districts to advantage the party in power and the Trump administration’s plan to add a citizenship question to the 2020 census to give even greater political clout to red states — are the most closely watched of the current session. When they are resolved this month, they will clarify a great deal about the long-term future of the court’s five-member conservative majority that now includes Trump appointees Neil Gorsuch and Brett Kavanaugh.

In the meantime, two under-the-radar decisions that the court has already handed down — Bucklew v. Precthye on the death penalty, and Franchise Tax Board of California v. Hyatt on the esoteric doctrine of “sovereign immunity” — signal where the court is likely headed.

Decided on April 1 along party lines, the 5-4 majority opinion in Bucklew was written by Gorsuch, who constructs his argument along the principle of “originalism” — a legal theory that threatens to reverse decades of liberal court rulings in areas well beyond capital punishment.

Originalism posits that the Constitution should be read according to its meaning for the Founding Fathers rather than be interpreted as a “living document” that can accommodate contemporary values and evolving traditions. Originalists contend that their approach minimizes the personal views of judges—what the late Antonin Scalia called “judicial subjectivism”—and is ideologically neutral. Critics counter that far from being neutral, originalism is a result-oriented methodology aimed at disguising and validating right-wing outcomes.

Before he was arrested in Missouri for murder in 1996, Russell Bucklew had likely never considered the merits of originalism. Bucklew was subsequently tried, convicted and sentenced to death. He appealed his conviction and sentence in both the state and federal court systems, but without success.

After Bucklew was scheduled to be put to death by lethal injection on March 20 of this year, his lawyers petitioned the Supreme Court for a stay of execution. They also asked the court to examine Bucklew’s claim that because he suffers from a rare medical condition, lethal injection by means of the drug pentobarbital would cause him to experience excessive pain in violation of the Eighth Amendment’s prohibition against cruel and unusual punishments.

Bucklew suffers from a disease called cavernous hemangioma, which causes clumps of blood vessels known as vascular tumors to grow in his head, neck and throat. He contends the disease will prevent pentobarbital from properly circulating in his body. Instead of sedating him, as designed, the drug will cause his tumors to rupture, resulting in an agonizing death by suffocation.

The relief Bucklew sought from the high tribunal was actually quite modest. Instead of asking the Supreme Court to vacate his death sentence and let him live the rest of his life in prison, he requested that state of Missouri execute him by means of nitrogen gas, which, he argued, would be more bearable than pentobarbital.

The court’s conservative majority rejected his plea, holding that all executions are painful, and finding that Bucklew had not demonstrated he would suffer disproportionately.

“As originally understood,” Gorsuch explained, “the Eighth Amendment tolerated methods of execution, like hanging, that involved a significant risk of pain, while forbidding as cruel only those methods that intensified the death sentence by ‘superadding’ terror, pain, or disgrace.” The key question in determining whether a particular method of execution runs afoul of this standard, he continued, is whether the method is “intended” to inflict those additional elements. Missouri, he concluded, had no such intent.

In dissent, Justice Stephen Breyer offered a “living Constitution” counter-interpretation, arguing that “the Eighth Amendment is not a static prohibition that proscribes the same things that it proscribed in the 18th century. Rather, it forbids punishments that would be considered cruel and unusual today.” Breyer’s analysis failed to carry the day.

If Bucklew’s personal fate were all that mattered, few people besides dedicated death-penalty abolitionists would care. But the Supreme Court’s ruling in Bucklew bodes ill for the protection of other constitutional rights, especially the right to abortion that is now under attack throughout red-state America.

This is where the Hyatt case comes in.

Gilbert Hyatt, a former California resident who holds a lucrative microprocessor technology patent, sued the Golden State’s Franchise Tax Board (FTB) in Nevada, seeking compensation for the FTB’s 30-year effort to tax him for the royalties he had received under the patent. Hyatt accused the FTB of harassment. A Nevada jury subsequently returned a $490 million verdict in his favor.

At the time of the trial, a 1979 Supreme Court case, Nevada v. Hall, permitted interstate litigation of the sort Hyatt had initiated as a private individual. On appeal to the Supreme Court, the FTB urged that Hall be overturned.

In another 5-4 party-line decision released on May 13, this one authored by Justice Clarence Thomas, the court obliged, holding that as separate sovereigns, states must be immune from private lawsuits brought in the courts of other states.

What makes Thomas’ opinion significant isn’t so much the reversal of Hall but the activist reasoning behind it. Of particular concern is what Thomas writes with regard to the age-old principle of stare decisis, which requires the Supreme Court to exercise caution before overruling its prior decisions. “Stare decisis,” Thomas declared, “is not an inexorable command.”

It is one thing to overrule a case when it ‘def[ies] practical workability,’ when ‘related principles of law have so far developed as to have left the old rule no more than a remnant of abandoned doctrine,’ or when ‘facts have so changed, or come to be seen so differently, as to have robbed the old rule of significant application or justification.’ It is far more dangerous to overrule a decision only because five Members of a later Court come to agree with earlier dissenters on a difficult legal question. … Today’s decision can only cause one to wonder which cases the Court will overrule next.

The reversal of Roe v. Wade is perhaps the number one concern of liberals and progressives. But Roe is by no means the only time-honored precedent in jeopardy.

As I have noted in this column before, Thomas is on record questioning the validity of such landmarks as Gideon v. Wainwright, which established the right to court-appointed counsel for criminal defendants, and New York Times v. Sullivan, which established crucial protections for reporters in defamation suits brought by public figures and government officials.

Just how far the court’s hardline originalists are willing to go to take the country back to the 1950s, or an even earlier era, remains to be seen. Resisting their designs is part of the larger battle for the soul and future of the nation.