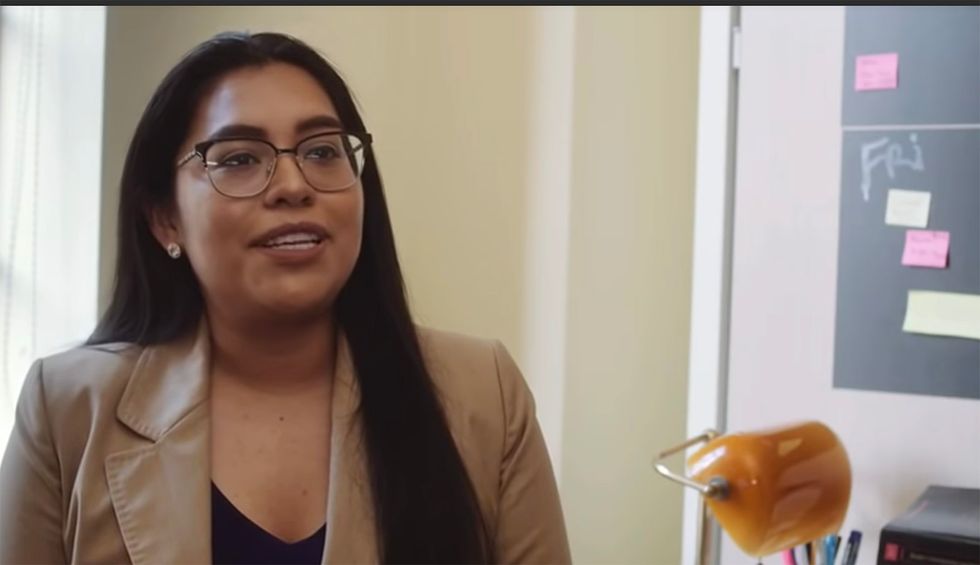 One of the Democratic Party's most right-wing members of Congress will have a primary challenger next year, making him the latest incumbent confronted by a progressive insurgency that's not waiting for change.

"Our grassroots progressive movement has an opportunity to build a more accountable Democratic Party by unseating one of the worst amid our ranks and ushering in a new generation of leaders," Rojas said.

In her announcement video, Cisneros said that the differences between her and Cuellar were stark and that Cuellar's right-wing voting record shows that the incumbent is not the kind of Democrat that his constituents need.

Cisneros refers to Cuellar as "Trump's favorite Democrat" in Congress, and there's some evidence to support that claim. According to FiveThirtyEight, Cuellar votes with the president 52.8 percent of the time, more than double the 25.4 percent of the time FiveThirtyEight's model predicts he should, given Hillary Clinton's margin of victory in Cuellar's district in 2016.

"Here's the truth," Cisneros said in her campaign announcement video. "Henry Cuellar fights to protect Trump and the big corporations."

In an interview with Common Dreams, Cuellar spokesperson Colin Strother dismissed Cisneros' use of that data to conclude Cuellar was a favorite of Trump, calling the accusation part of "talking points from a New York based for-profit special interest group"—Justice Democrats—that Cisneros had been provided by the organization. Those talking points, Strother said, "don't reflect reality."

When asked to provide other examples of direct quotes from the group used by Cisneros, Strothers refused.

The decision, Strothers told Common Dreams, will ultimately be made by Cuellar's constituents.

When Common Dreams asked Strothers if Cuellar has ever taken money from a special interest group located in a city north of Texas, the congressman's spokesperson declined to answer in detail but said that any such donations were a separate issue.

Cisneros is running on a platform that prioritizes progressive policies like Medicare for All, the Green New Deal, and free public college. And Cisneros' campaign is relying on small dollar donations, a clear contrast with Cuellar, as her office pointed out in a press release Thursday:

While less than 1 percent of Henry Cuellar's donations in 2017-8 came from small-dollar donations (a total of $5,833), Cisneros is pledging to reject all corporate PAC and lobbyist contributions.

The Cisneros challenge comes at a pivotal moment for Texas Democrats, as the state may be turning blue faster than many expected. State and national Republicans are certainly worried that Texas could flip blue in 2020, as a number of party officials confided to The Washington Examiner on Wednesday.

Whether that will translate into an upset in the Democratic 28th District remains to be seen. Cisneros faces a hostile party establishment which has used a vendor blacklisting policy to stifle primary challenges to incumbents, no matter how out of step those sitting members of Congress are with the base. And Cuellar is not unpopular.

Cuellar has won election to the House by large margins since his first successful race in 2004, an indication that the eight-term congressman has strong support in south Texas. But a more liberal/left-leaning Democratic base next year could mean trouble for the incumbent if Cisneros can harness a growing grassroots energy.

Cisneros closed her campaign announcement with a direct appeal to voters in the 28th.

"This campaign is for la gente, it's for la raza, it's for the people of South Texas," she said.