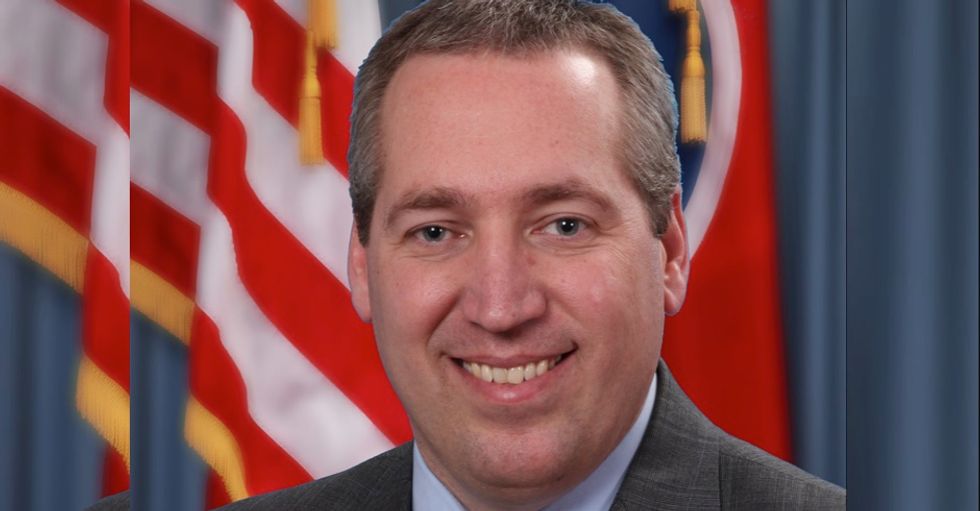 A controversial Tennessee District Attorney is now facing an official state investigation after leaked audio exposed him bragging about refusing to recognize same-sex spouses as legally married, and doing so based on his religious beliefs. Those beliefs, Coffee County District Attorney Craig Northcott claimed, mean he doesn't have to use the law to protect LGBT people.

The state Court's Board of Professional Responsibility is now investigating Northcott, the Tennessean reports.

Northcott, in a 2018 speech to pastors bragged that his God does not recognize the marriages of legally-wed same-sex couples. He explained that since "there's no marriage to protect," he does not use domestic violence laws to protect victims in those cases.

"Well the reason where I came down in my evaluation was the reason that there's extra punishment on domestic violence is to recognize and protect the sanctity of marriage," Northcott told attendees at the Chafer Theological Seminary Pastor’s Conference. "And I said, 'There's no marriage to protect.' So I don't prosecute them as domestics," meaning, domestic violence cases.

Northcott has also attacked Muslims in Facebook posts, calling Islam "an evil belief system," a "growing threat," and likening it to the Ku Klux Klan or white supremacist hate groups.

"I will not be cowered into pretending that their belief system is legitimate or one of peace," Northcott wrote.

Last week, in light of the revelations, over 200 Nashville lawyers called for the state to conduct an ethics investigation.

In late May the Council on American-Islamic Relations filed a complaint with the state board over Northcott's anti-Islam remarks. CAIR received a letter Friday indicating an investigation has been opened.

The Tennessee Holler was the first to report on both sets of remarks by Northcott.

Northcott reportedly has said he will not resign.

Nearly half of North Carolinians arrested for pro-Trump Capitol riot didn't even vote in the 2020 election: analysis