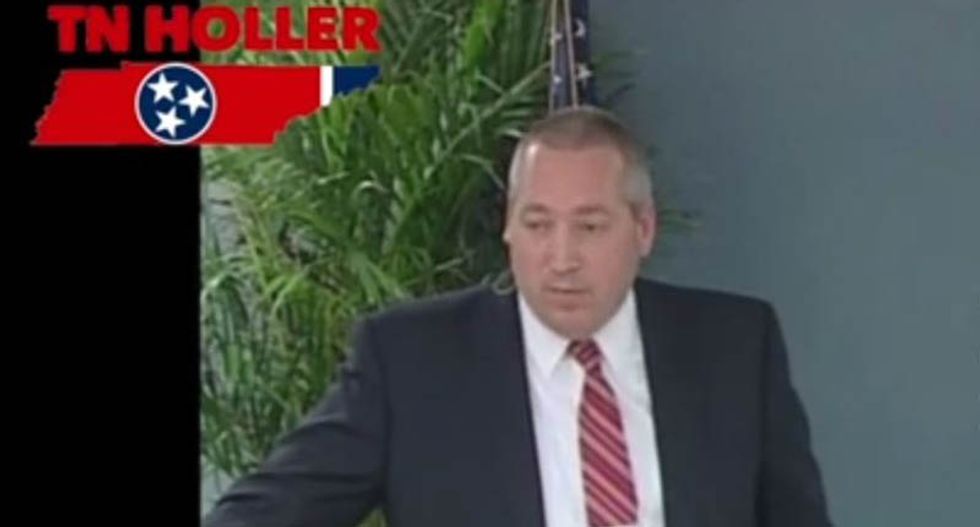 A District Attorney in Tennessee is under fire for claiming gay people in his county do not have the same rights as straight people. Coffee County District Attorney Craig Northcott believes God does not recognize marriages of same-sex couples so gay victims of domestic violence are not granted the same protections in his county. Northcott says he prosecutes those crimes merely as basic assault cases.

"Well the reason where I came down in my evaluation was the reason that there's extra punishment on domestic violence is to recognize and protect the sanctity of marriage," Northcott told attendees at the Chafer Theological Seminary Pastor’s Conference. "And I said, 'There's no marriage to protect.' So I don't prosecute them as domestics," meaning, domestic violence cases.

The video, from March of 2018, depicts Northcott giving a speech and answering questions on “The Local Church’s Role in Government.” It was first unearthed and reported by TN Holler, which also published the video.

Domestic violence laws can vary, but none require the victim and the perpetrator to be married, so Northcott's legal analysis is invalid. It is also invalid because, despite saying in his speech District Attorneys are granted 'unfettered' latitude on what cases to prosecute – or if to prosecute at all, they are not granted the right to misinterpret or ignore the law, something he accuses the U.S. Supreme Court of doing.

Northcott says he disagrees with the U.S. Supreme Court's 2015 Obergefell ruling, that found same-sex couples have the right to marriage.

Northcott also says "the social engineers on the Supreme Court," who he called "five people in black dresses," are ruling the country.

These are not Northcott's first blatantly bigoted remarks. He has said Muslims do not believe in the same God as Christians, and thus are not protected by the U.S. Constitution.

“If you don’t believe in the one true God, there is nothing to protect,” Northcott had reportedly written in a Facebook post, because “no one other than God has given us any rights.”

Multiple civil rights groups are calling on Northcott to resign.