Teaching young boys masculinity in the age of Trump 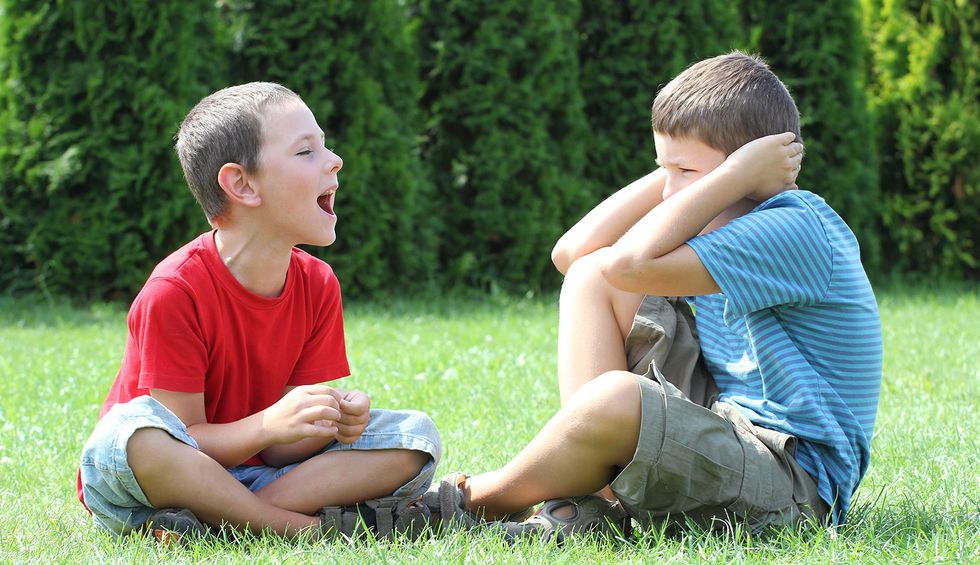 n Wednesday, May 22, President Trump told reporters in the Rose Garden that he cancelled a scheduled meeting with Democratic Congressional leaders and declared his inability to work with them until they “get these phony investigations over with.” According to multiple reports, he neither sat down nor shook anyone’s hands; instead, he dismissed the possibility of bipartisan negotiation or work with others and laid out his preconditions for any possible collaborations. Regardless of your energy for the ongoing investigations into Trump and his administration, his actions were those of a bully; he was rude, dictatorial, and determined to get his way, and when he did not get his way, the most powerful man in the world refused to participate until he did get his way. And this has, of course, been a familiar pattern of behavior. Just a couple of months before his Rose Garden remarks, he gave a two-hour speech at the Conservative Political Action Conference (CPAC) riddled with derogatory nicknames for other politicians and other belligerent remarks.

While I don’t want to talk about Trump’s politics — or politics at all, really — I do want to think about how President Trump’s actions are affecting our contemporary understanding of masculinity, and particularly how we think about the scope of appropriate or even possible kinds of masculinity, especially for young boys.

As a father of two boys and an academic who works in masculinity studies, I have been keenly aware of men’s recent toxic behavior, including their public outbursts. My current research project asks why we consciously preserve and sustain patriarchal powers and privileges. I am writing a book on the fictional strategies employed in late 19th-century British speculative narratives to creatively revive patriarchal masculinity. This wildly imaginative genre generated diverse and innovative cultural visions, but it ultimately sustains or even repairs patriarchal men, creatively presenting them as entitled and dominant, but never angry, combative, or overtly aggressive like Trump.

My wife and I are raising two young boys in a society in which men are most assuredly having a different cultural experience than their fathers; more specifically, they are “falling behind” their fathers’ power, authority and cultural position — and their fathers previously fell behind their fathers’ power, authority and cultural positions. The contemporary phenomenon of bullying and violent men suggests we are in a definitive and defensive moment of reaction to a culture of change, evolution and progress, and it is a most certainly painful reaction for men accustomed to unquestioned power. Quite simply, men in the United States do not hold the same cultural status or identities that they did 50 or even 20 years ago. And the increasing racial diversity of the nation has specifically complicated white men’s presumed patriarchal authority.

The angry, even violent actions of some men, including President Trump and many who enjoy his juvenile antics, suggest that they do not quite know how to handle these changes.

Trump’s words and actions in the Rose Garden and at CPAC are indicative of an aggressive, bullying form of masculinity, reminiscent of a junior-high student; he disagreed with people, disliked their behavior, or shamed their appearance, and deliberately and publicly mocked them.

The President is not alone in modeling this aggressive, vitriolic mode of masculinity. The Brett Kavanaugh confirmation hearings brought out rather aggressive, even threatening behavior from Judge Kavanaugh as well as men on both sides of the aisle. This political drama, likewise, impacted how we think about boys’ appropriate behavior, and amidst this turbulent event, President Trump memorably proclaimed that this is a “very scary time for young men in America” because the proliferation of sexual misconduct charges against powerful figures has made young males feel nervous or uncomfortable about their actions, especially around women.

The #MeToo Movement, the Women’s March, and the insurgence of women in Congress have, no doubt, altered the contemporary gender dynamics of our country, and men are struggling to adapt. But in reality, men have been struggling to adapt for years — perhaps centuries — and their struggles are now manifesting themselves in far more aggressive ways.

These men’s conduct, such as their bullying, hostile, and sardonic activity, has reminded me of a series of events 13 years ago when I took my younger son, Jackson, to the medical clinic for a regular check-up. While my child busied himself, I looked at a recent issue of Newsweek with a provocative cover. The magazine announced “The Boy Crisis” and explained “At Every Level of Education, They’re Falling Behind.”

This waiting room reading did not bring me calm. I reflected: Why in the world are such boys experiencing crisis? Why are white boys from a safe, well-funded area of the country struggling to progress through school? And perhaps most importantly, why is Newsweek running a lead story about these adolescents? Is this really a national issue?

I shamelessly left the clinic that day with the magazine in my briefcase and I still display the cover in my faculty office at Lehigh University. I often look at the boys and wonder how they have developed through their lives. Have they survived or resolved their supposed crises? While most of the boys in the cover image still strike me as familiar posers or even bullies trying to appear tough or rebellious, perhaps performing the kind of masculinity that President Trump modeled for us at his CPAC speech, I continually return to the dark-haired youth in the red shirt who appears to cling to the brick wall of his elementary school.

He looks scared. While all the photographic subjects are assuredly insecure, the boy in red seems timid, sad, and no longer willing or able to adopt the aggressive stance of his mates. Perhaps he offers us a glimpse of an alternative kind of masculinity that may have emerged from such a moment of crisis; perhaps this different kind of masculinity could have changed the ways in which we think about men and gender; perhaps his sadness and fear were overwhelming.

The following month, I joined my older son, Niko, at his neighborhood preschool. He attended at a local church that held class twice per week in a basement room. The program was run by a 50-something woman who adored the children and was masterful with kids and parents alike — many of whom were leaving their sons and daughters for the first time.

On the day I took my turn to volunteer at preschool, I vividly remember the teacher invoking one of her familiar mantras to encourage her young pupils. As the children busied themselves with an activity, she walked about the room querying: “who is doing their best work and who is doing their hurried work?” My son neither understood that his teacher was asking a rhetorical question nor grasped the strategy behind her words. He simply raised his hand and announced: “I’m doing my hurried work.”

As the adults in the room held back laughter and the kids looked around confused by Niko’s answer and the reaction it generated, I recalled the Newsweek cover that forecasted the crisis of boys, specifically in educational settings.

Niko’s innocent response to his teacher was simply naïve. He had no intention of disrespecting her pedagogical goals. He just wanted to get to recess more quickly; I knew that. I did not believe my beautiful boy would become one of the posers imaged on the periodical cover, or a depressed child clinging to a wall. So why was I so anxious?

As a scholar of masculinity, about to finish my first book on the topic, I knew full well that the familiar pronouncement of a “crisis of masculinity” was a ruse — and a strategic one at that. I had studied how cultures used this rhetoric of crisis — e.g. “a very scary time” — to convince men to reassert their patriarchal privilege and recall nostalgic formations of masculinity. And yet, I still worried about my own boys, even though my boys enjoyed great social privileges, including health.

In the book I’m writing, I ask why imaginative fiction of the late-19th century is unable to envision models of masculinity that would be non-patriarchal. The answer, I believe, lies in President Trump’s bullying speech at CPAC. When men act in ways that may be different or even question normalized gender standards, they can threaten patriarchal power — and despite their privilege, entitled men are both quite vulnerable and amazingly sensitive to such threats. These men tend to brutally satirize nonconforming boys and men, whether in middle school or the White House; they actively discourage men from considering alternative kinds of maleness and make certain that boys learn to act in specified ways. We isolate the boy in the red shirt who clings to the brick wall of his school until he understands the vital importance of upholding patriarchal identities and relations. And while we do this, change, evolution, even progress still happen. If we’re lucky, young boys may still become new and different kinds of men.