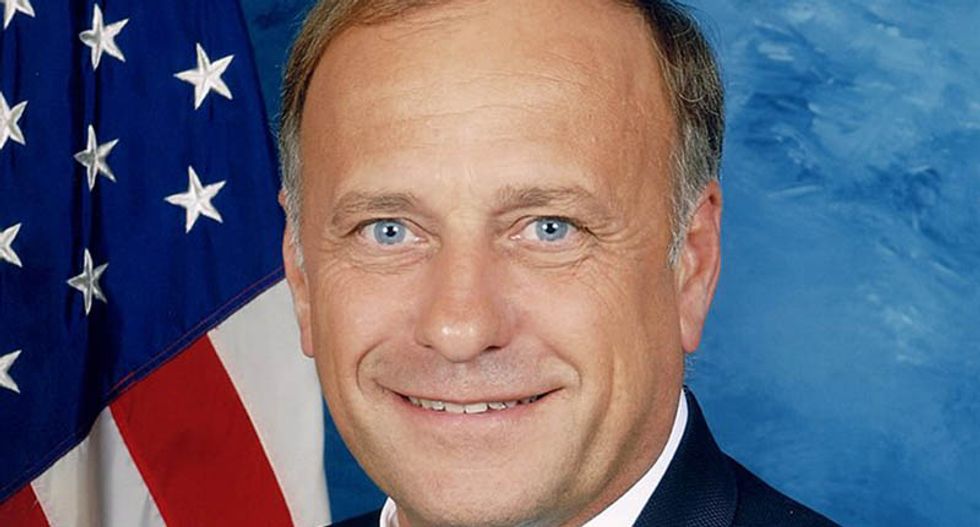 White supremacist Rep. Steve King is angry that his Republican colleagues stripped him of his House committee assignments, and he’s hellbent on getting them to admit the error of their ways. “It was a political lynch mob. I had to let the blood cool,” King said Tuesday. “And the blood has now cooled, and now they don’t want to be faced with the reality of what they’ve done.” That reality being that Republicans decided that, after years of racist comments, King had gone too far when he asked The New York Times “White nationalist, white supremacist, Western civilization—how did that language become offensive?” And by disciplining King, Republicans got PR credit for taking action against racism, even if they waited for far too long to do it and continue to support Donald Trump’s similar approach.

King has a few allies in his effort to get his committee assignments back, Arizona’s Paul Gosar and Texas’s Louie Gohmert and Brian Babin among them—and who is surprised to see the first two of those names? But South Carolina’s Ralph Norman went the furthest for King when he raised the issue during a Republican conference meeting. “But,” Politico reports, “not a single lawmaker clapped, cheered or remarked on the request, according to several sources in the room, and lawmakers quickly moved on to the next issue.”

King is sounding a little threatening, saying that “They think if they can keep the subject tamped down, that eventually it goes away. But each day that goes by, my patience gets thinner and thinner. And that means, then, that I have to turn this up.” So this is not a charm offensive, is what he’s saying. So far, most of his fellow House Republicans seem fine letting him stew.