'Sex-starved males': Democratic congresswoman calls out right-wing Republican crusaders who are obsessed with a woman's right to choose 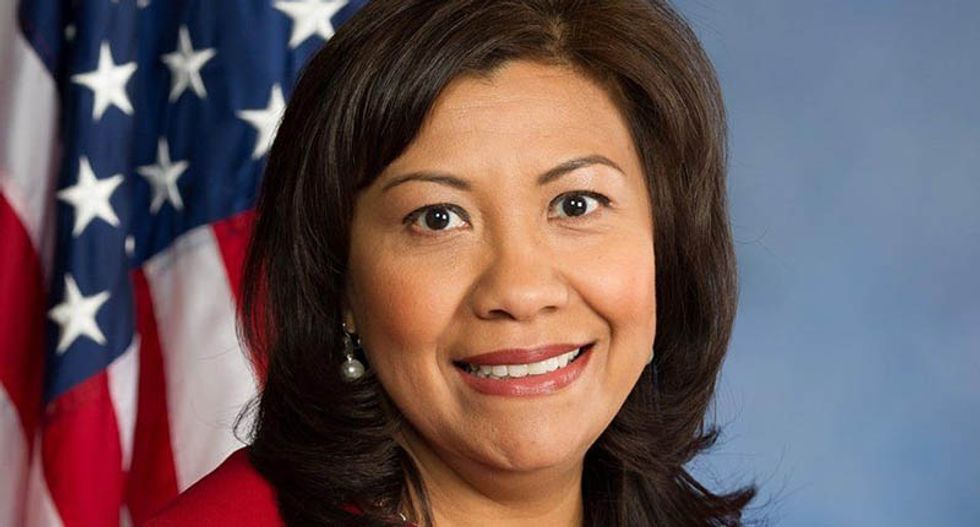 Rep. Norma Torres made herself one of this week’s heroes by referring—on the House floor—to Republican anti-abortion crusaders as “sex-starved males.” And then, in politely agreeing to have the comment stricken from the record, she said it again. And followed up with it in an interview later.

After Florida Republican Ross Spano made yet another tiresome argument for more restrictions on abortion, Torres spoke up. “It is tiring to hear from so many sex-starved males on this floor talk about a woman’s right to choose,” she said.

Rep. Rob Woodall, another Republican, jumped in to protect the honor of sex-starved males on the House floor by asking Torres if she would like to amend her comment.

”If it pleases my colleague on the other side, I will withdraw my statement of sex-starved males on the floor,” Torres responded. Then, having ensured that her comments would be reported, she continued, saying that it is “tiring to be here on this floor or in committee as a woman to continue to be counseled about what types of affordable [care], whether it is family planning conversations, that rightfully I deserve to have with my own doctor, choosing when women want to have a family and to avoid pregnancy.”

In an interview, she later explained that “You have to be pretty sex-starved to keep thinking about sex every single minute of your day and keep bringing this issue up on everything, whether it’s foreign aid, whether it’s domestic aid, whether it’s health care—they bring it up.” Well played, Rep. Torres.