Sanders plan would wipe out all $1.6 trillion in US student loan debt by taxing Wall Street speculators 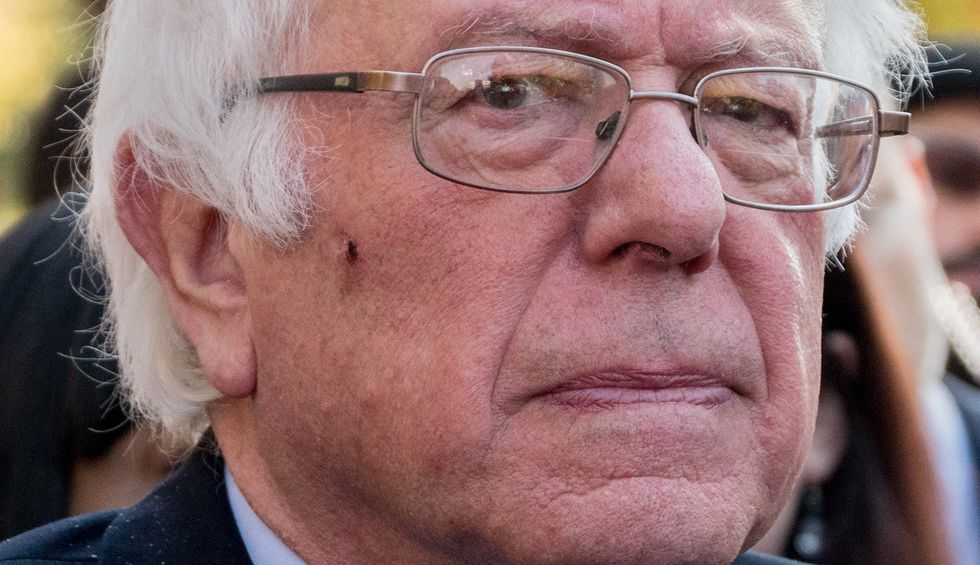 As part of a bold legislative package that would make public colleges and universities tuition-free, Sen. Bernie Sanders on Monday will unveil a plan to wipe out the $1.6 trillion in student loan debt that is saddling an estimated 45 million Americans.

"This is truly a revolutionary proposal," Sanders told the Washington Post, which reported the details of the Vermont senator's bill late Sunday. "In a generation hard hit by the Wall Street crash of 2008, it forgives all student debt and ends the absurdity of sentencing an entire generation to a lifetime of debt for the 'crime' of getting a college education."

Sanders, a 2020 Democratic presidential candidate, will introduce his proposal alongside Reps. Ilhan Omar (D-Minn.) and Pramila Jayapal (D-Wash.), who plan to unveil the Student Debt Cancellation Act and the College for All Act in the House.

The three lawmakers will introduce their proposals in a press conference Monday morning outside the U.S. Capitol building.

Unlike means-tested plans introduced by other 2020 contenders, Golshan observed, Sanders's legislation would cancel student debt for everyone "regardless of their income or assets."

"While this is a universal program—students from any financial background would benefit from the elimination of tuition—the proposal specifically targets lower-income students by increasing the federal Pell Grant program, tripling funding for the work-study program, and creating a dollar-for-dollar federal match to states to eliminate additional costs related to going to college," Golshan wrote.

According to the Post, Sanders would pay for his plan with "a tax on Wall Street his campaign says will raise more than $2 trillion over 10 years."

"Sanders is proposing to pay for the legislation with a new tax on financial transactions, including a 0.5 percent tax on stock transactions and a 0.1 percent tax on bonds," the Post reported. "Such a levy would curb Wall Street speculation while reducing income inequality, according to a report by the Century Foundation, a left-leaning think tank."

Warren Gunnels, Sanders's staff director, tweeted, "If we could give a multi-trillion bailout to Wall Street, yes we can make college for all a reality."

Sanders echoed Gunnels in a tweet Sunday night, writing, "We bailed out Wall Street in 2008. It's time to tax Wall Street's greed to help the American people."

According to the Post, the Vermont senator's new plan will go beyond the tuition-free public college proposal that was a key plank of his 2016 presidential campaign platform.

"Sanders's bill includes $1.3 billion a year for low-income students at historically black colleges and universities," the Post reported, "and $48 billion per year for eliminating tuition and fees at public schools and universities."

"More than one million people default on their student loans each year," Sanders tweeted Sunday. "We have got to make public colleges and universities tuition-free."