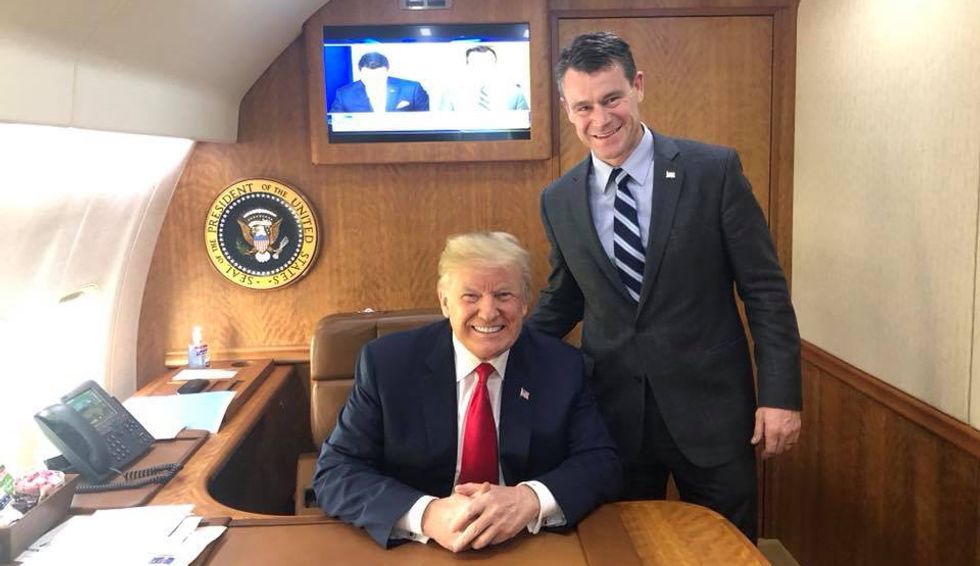 Sen. Todd Young (R-IN) is teaming up with Sen. Chris Murphy (D-CT) to block the Trump administration’s push for $8 billion in arms sales to Saudi Arabia, Politico reports. The pair both sit on the Senate Foreign Relations Committee.

In a statement to the news outlet, Young described arms sales to Saudi Arabia as a situation that demands congressional oversight, explaining the resolution “simply asks the secretary of State to report on some basic questions before moving forward with them.”

According to Politico, the senators “are using a provision in the Foreign Assistance Act to request a report from the administration on Saudi Arabia’s human rights record,” a move that could “trigger a vote to halt” the sale.

“The process we are setting in motion will allow Congress to weigh in on the totality of our security relationship with Saudi Arabia, not just one arms sale, and restore Congress’ role in foreign policy making,” Murphy said.

Young and Murphy are both in favor of reducing U.S. relations with Saudi Arabia in response to the killing of Washington Post reporter Jamal Khashoggi. In March, Congress voted on a bipartisan basis to withdraw U.S. forces from Saudi Arabia’s war in Yemen. Trump vetoed the measure in April. The president has repeatedly defended Saudi Arabia, at one point suggesting Khashoggi was killed by “rogue killers.”

Murphy accused the president’s administration of “effectively [giving] a blank check to the Saudis — turning a blind eye to the brutal murder of Jamal Khashoggi and allowing their ballistic-missile program to expand.”

The resolution goes first to the Foreign Relations Committee, though senators can vote to bring it out of committee if Chairman Jim Risch (R-Idaho) declines to move forward. Aides involved in the effort predict enough support for the resolution to clear committee and pass the Senate, where it needs a simple majority to pass but can be vetoed by President Donald Trump.