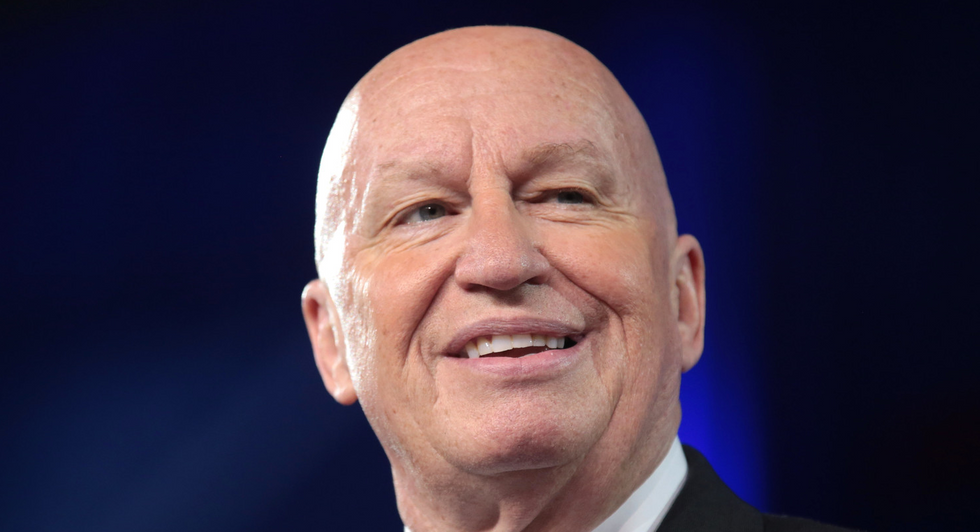 Who could have ever seen this coming?

After spreading the message all over the news and across the country that the GOP tax bill will pay for itself by magically driving up revenues — even while doling out a massive giveaway to wealthy people and corporations — a top leader in the Republican Party is now admitting the law may not actually fund itself.

“We will know in year 8, 9 or 10 what revenues it brought in to the government over time," said Texas's Rep. Kevin Brady, who helped craft the GOP's tax bill. "So it’s way too early to tell,”

When he was directly asked about how much of the cuts would actually be paid for by increased revenues, Brady said "hard to know," the Washington Post reported Tuesday citing comments at the Peterson Foundation’s Fiscal Summit.

Of course, Republicans didn't think it was "hard to know" in 2017 when they rushed the bill through to President Donald Trump's desk. They were sure it would pay for itself, and they sold the bill to the American people based on that promise. After all, they spent years fomenting outrage about the deficit under President Barack Obama — how could they pass a debt-increasing law under Trump?

Here's just a sampling of what some Republicans said before the bill passed:

Those claims were ridiculous in 2017, based on history and analyses that were conducted at the time — not to mention common sense. Since then, it has only become more obvious how wrong the Republicans were in their case for the tax bill.

“Revenue fell, it didn’t rise, after the tax cuts,” Marc Goldwein, senior policy director for the Committee for a Responsible Federal Budget, explained to the Post about the law's effects.

Increasing the deficit isn't always a bad thing, of course. It can be the right policy choice if you're doing it for a good reason. But the GOP decided to add $1.5 trillion to the national debt while sending the vast bulk of the money to corporations and the wealthiest Americans, with little if any discernible benefit for the rest of the country.