Rep. Swalwell quoted Biden from 32 years ago to demand he ‘pass the torch’ to the next generation. The VP’s response was telling 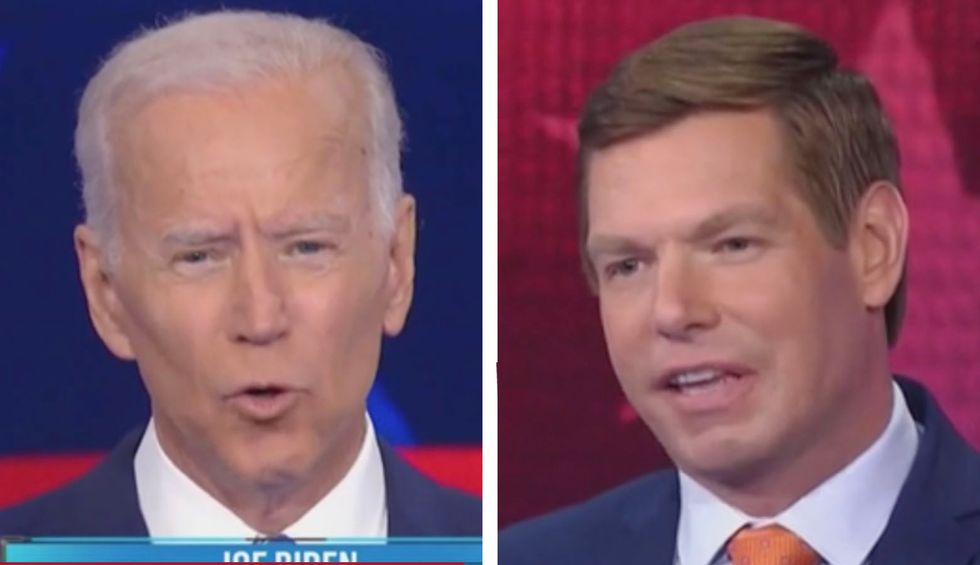 I was 6 years old when a presidential candidate came to the California democratic convention and said it’s time to pass the torch to a new generation of Americans that. That candidate was then-Senator Joe Biden.

According to CNN’s Dan Merica, the line received gasps from the audience as Swalwell continued, “Joe Biden was right when he said that 32 years ago. He is still right today.”

In a telling response, Biden told the audience, “I’m still holding on to that.” The former vice president went on to deliver a list of campaign promises, from universal pre-K to free community college.

“There is a lot we can do, but we have to make continuing education available for everyone so everyone can compete in the 21st century,” Biden said. “We are not doing that now.”

The former vice president, who began his political career at age 27 (and is currently 76 years old), failed to address the crux of Swalwell’s argument. The former vice president has spend nearly 5 decades in Congress — if “we are not doing” what we need to be successful as a nation, Biden certainly has played a role in getting us there.

You can watch the clip below: