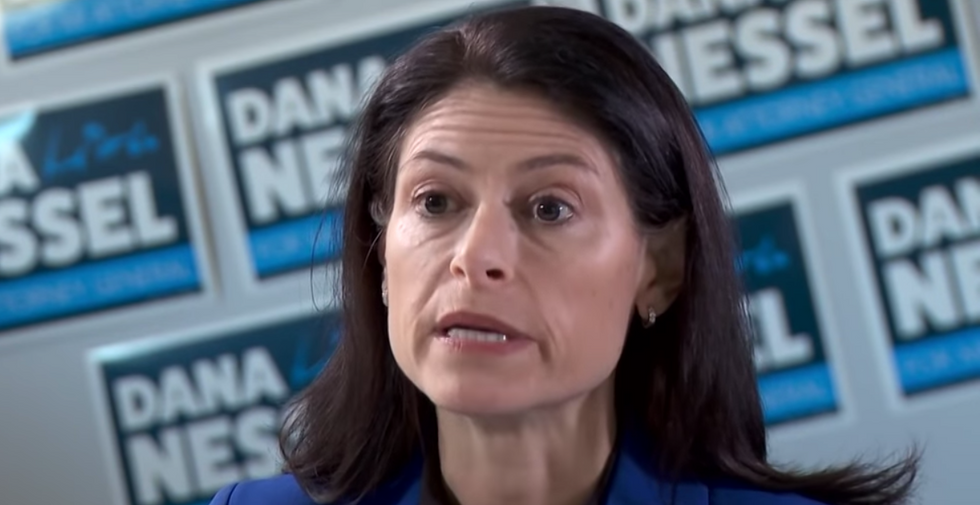 In a move that elicited fresh concerns and demands for justice, the Michigan prosecution team investigating the Flint water crisis announced Thursday that it was dismissing all pending criminal charges against eight former and current officials and launching a new probe, citing concerns with the initial one.

Michigan Attorney General Dana Nessel appointed Fadwa Hammoud as the state's solicitor general in January and assigned her to take over the criminal cases related to Flint's water crisis, which started five years ago when a governor-appointed emergency manager switched the city's water supply to a polluted river.

"We cannot provide the citizens of Flint the investigation they rightly deserve by continuing to build on a flawed foundation. Dismissing these cases allows us to move forward according to the non-negotiable requirements of a thorough, methodical, and ethical investigation," Hammoud and Wayne County Prosecutor Kym Worthy, who has been assisting with the cases, said Thursday.

Mary Grant, Public Water for All Campaign Director at Food & Water Watch, said in a statement that the decision "can only be acceptable if the prosecution team refiles and aggressively pursues new charges swiftly."

"Flint residents deserve a comprehensive and just investigation that results in appropriate restitution. We are outraged to hear about the political influence that muddied the previous cases through failure to seek all evidence," Grant added. "We know one thing for sure: the Snyder administration and his emergency managers made the disastrous decisions that caused the Flint water crisis. We must hold them accountable and everyone who aggravated this public health calamity. There is no more time for dubious foot-dragging; it's time for Flint to see some justice."

Flint residents, as BuzzFeed reported Thursday, "are still dealing with the crisis' fallout: childrenwhose neurological development may have been irreversibly damaged; pregnant women who had miscarriages after drinking the contaminated water—the number of miscarriages spiked by 58 percent after the water was switched; people whose trust in their elected officials and reliance on the infrastructure that runs through their city has been turned upside down; and corroded lead pipes on the main water lines and in peoples' homes that are yet to be replaced."

Some Flint residents and activists, such as Melissa Mays, expressed skepticism about the prosecutors' move. Mays told the New York Times, "My heart breaks for the families that have lost loved ones."

"This is not justice for them. It just seems like a political ploy," she said. "The only thing it tells me is our lives don't matter."

Nayyirah Shariff, director of the grassroots group Flint Rising, called the announcement "a slap in the face to Flint residents."

Shariff told the Detroit Free Press, "I'm very disappointed with Dana Nessel's office because she ran on a platform that she was going to provide justice for Flint resident, and it doesn't seem like justice is coming."

Others welcomed the announcement as a step toward accountability. Nurse Julia Pulver, who was defeated by a Republican opponent in a state Senate race last year, applauded the move, tweeting that "the people of Flint deserve real justice."

Nessel, the state's attorney general, said in a statement backing the prosecutors' decision, "I want to remind the people of Flint that justice delayed is not always justice denied, and a fearless and dedicated team of career prosecutors and investigators are hard at work to ensure that those who harmed you are held accountable."

Democratic state Senate Minority Leader Jim Ananich—who represents Flint—issued a statement expressing his disappointment "that justice continues to be delayed and denied to the people of my city." Vowing to continue to fight for his constituents, he said that "the people of Flint believe that they will never see justice, and sadly, so far they've been proven right."

Hammoud and Worthy, in a statement Thursday, explained what led to the decision to launch a new investigation:

Upon assuming responsibility of this case, our team of career prosecutors and investigators had immediate and grave concerns about the investigative approach and legal theories embraced by the [Office of Special Counsel], particularly regarding the pursuit of evidence. After a complete evaluation, our concerns were validated. Contrary to accepted standards of criminal investigation and prosecution, all available evidence was not pursued. Instead, the OSC entered into agreements that gave private law firms—representing Michigan Department of Health and Human Services, Michigan Department of Environmental Quality, the Department of Treasury, and the Executive Office of former Governor Rick Snyder—a role in deciding what information would be turned over to law enforcement.

Authorities recently executed search warrants for new materials after a trove of evidence was discovered in the basement of a state-owned building. Hammoud and Worthy disclosed Thursday that "this week, we completed the transfer into our possession millions of documents and hundreds of new electronic devices, significantly expanding the scope of our investigation."

Through investigators' efforts to seek out more evidence, "our team has already identified additional individuals of interest and new information relevant to the Flint water crisis," Hammoud and Worthy said. "These investigative leads will be aggressively pursued. Additionally, we will evaluate criminal culpability for all Legionnaires deaths that occurred after the switch to the Flint River, which was never done by the OSC."

"We understand this decision will not bring immediate remedy or relief to the citizens of Flint, who remain victims of one of the worst man-made environmental disasters in United States history," they added. "However, we recognize the only acceptable remedy is the vigorous pursuit of justice, which demands an uncompromising investigation of the Flint water crisis and professional prosecution of all those criminally culpable. Accordingly, our team will move forward unrestrained by political motivations, prior tactics, or opportunities for financial gain."