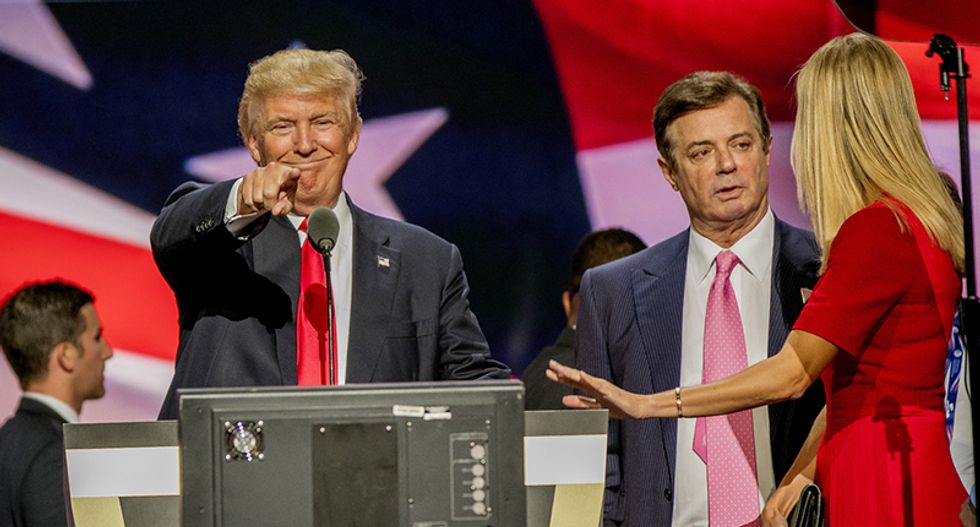 In addition to serving seven and one-half years in federal prison, Paul Manafort, President Donald Trump’s former campaign manager, is facing criminal charges in New York State — and he was expected to be held at the infamous Rikers Island facility while awaiting trial on state-level charges. But the New York Times is reporting that Manafort won’t be going to Rikers Island after all.

According to a Times source, the 70-year-old Manafort was transferred to the Metropolitan Correctional Center, a federal detention center, in Lower Manhattan on Monday in anticipation of his arraignment. Manafort, the Times is reporting, might remain in the Metropolitan Correctional Center while awaiting trial or might be sent back to the federal prison in Loretto, Pennsylvania where he has been serving his sentence and brought to New York City for pre-trial hearings.

Manafort was among the Trump associates who faced criminal charges as a result of former special counsel Robert Mueller’s Russia investigation. During his trial in Alexandria, Virginia in 2018, Manafort was found guilty of multiple financial crimes.

There has been much speculation on whether or not Trump will grant Manafort a pardon for the federal crimes he has been convicted of. But the president does not have the power to pardon state-level crimes — only crimes at the federal level — and Manhattan District Attorney Cyrus R. Vance Jr. brought charges against Manafort as a sort of Plan B in case Trump were to pardon Manafort’s federal crimes. Some Republican critics of Manafort’s prosecution have been claiming that prosecuting him at the state level constitutes double jeopardy.

Although Rep. Alexandria Ocasio-Cortez is no fan of either Manafort or Trump, she recently spoke out against the possibility of Manafort “being sent to solitary confinement” at Rikers Island — which is in her congressional district. The New York City congresswoman tweeted, “A prison sentence is not a license for gov torture and human rights violations. That’s what solitary confinement is.”

Manafort is set to be arraigned in Manhattan next week.