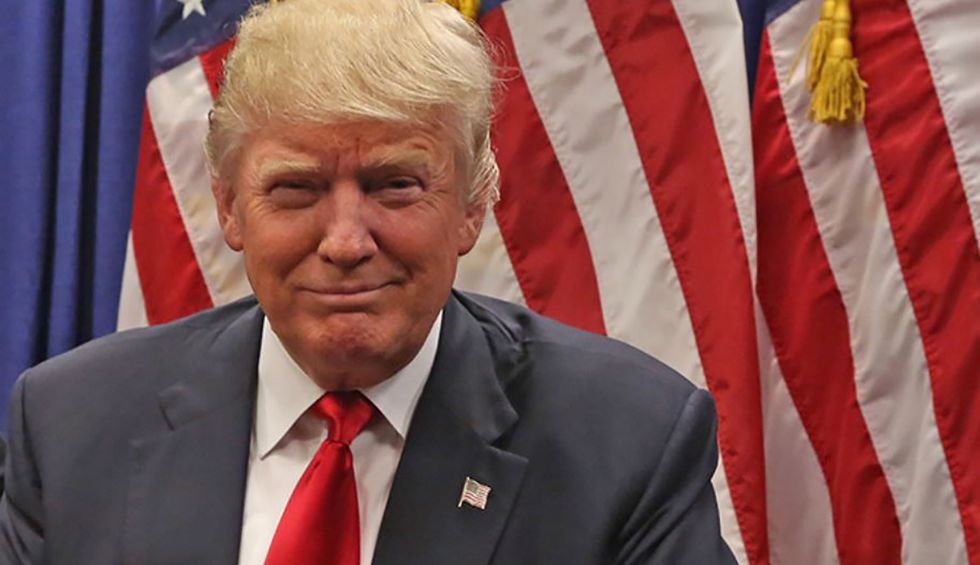 Donald Trump is campaigning for re-election in 2020, y’all. Of course, that’s something he’s been doing since he became president in January 2017. Any time you see Trump at a rally somewhere in America, he’s doing what he does best: shouting slogans, getting people to talk about building a useless wall, and proclaiming his innocence. Everything that about 33% of the voting public wants in a president, I guess? According to the Center for Public Integrity, Trump’s campaign has been doing what any Trump organization does—not paying its bills. In this case, it includes bills accrued for local law enforcement assistance at Trump campaign events, requested by the Secret Service.

Looking through municipal records, the Center for Public Integrity found that Trump’s campaign still owes around $841,219, dating as far back as 2016, to at least nine city governments. The largest unpaid bill dates to February of this year, owed to El Paso, Texas. Trump held a rally there to be near his border detention centers, and the $470,417 bill is still outstanding, leading one El Paso city representative to tell the press they thought it showed a lack of integrity on the part of the president: "President Trump has in many ways, over the last year, put a financial burden on this community and has yet to show us the respect we deserve. It is clear that our borderland is not a priority of the president." By comparison, Beto O’Rourke had a rally at the same time as Trump’s in El Paso, and has already paid the $21,021 bill El Paso sent to his campaign.

The news filtered across to Florida, where the Orlando Sentinel reports that Trump’s biggest rally yet is planned for June 18, and that the state has asked for money upfront from the president’s campaign. Reports the Sentinel, “The campaign was charged $145,771.34 for the Orlando event, which reflects the total cost for using the Amway Center — $15,000 plus tax for a set-up day, and $15,000 plus tax for the event — plus other expenses and taxes, according to the contract.”

The Center for Public Integrity points out that skipping out on a municipal law enforcement bill is not necessarily illegal, and many cities have policies against billing for law enforcement. But not all cities do, and even the ones that do can end up taking big hits on overtime costs for police at these events, street closures, and the like. In Orlando, the local government will absorb the sure-to-be-high law enforcement costs. The benefits of having a big rally in your town do not necessarily match the upfront costs to the municipality.

As our country is experiencing now, having Donald Trump anywhere isn’t worth the cost.