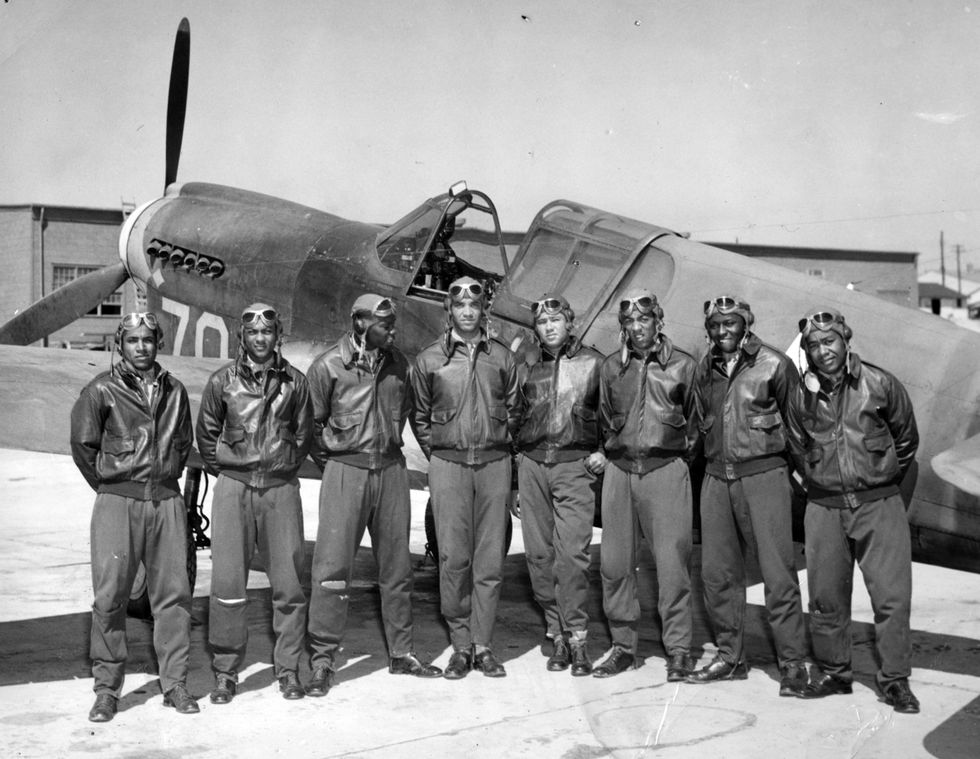 How do we adequately commemorate our war dead? The soldiers and sailors and airmen and women who gave their lives in places like Normandy, and Anzio, and Palermo, and Inchon, and Khe Sanh, and Ia Drang, and Fallujah, and Sangin? How do we pay homage to our fellow citizens who were ordered to a foreign land to fight for their country and lost their lives doing it?

We have Memorial Day ceremonies every year at veterans cemeteries at home and abroad. We have monuments, like the Vietnam War Memorial on the Mall in Washington, D.C., and the memorials to the dead of World War II and Korea. And we have anniversaries like the one that just happened in Normandy, France, to commemorate the landing on D-Day, June 6, 1944, now 75 years ago.

We’ve had them before. Thirty-five years ago, on June 6, 1984, the 40th anniversary of D-Day, President Ronald Reagan went to Normandy and gave a speech commemorating the dead which many think a classic. Twenty years before that, Dwight David Eisenhower, who commanded Allied forces on D-Day in 1944 and gave the order for the invasion, went to Normandy and gave an interview to Walter Cronkite of CBS News on the anniversary of the landings.

As they walked through the graveyard, Cronkite read some of the names and units of the dead on the headstones, simple crosses and Stars of David standing side by side in a vast field of grass. There were more than 9,000 buried there, Cronkite said. Eisenhower interrupted him to say that the graves at Normandy represented only 40 percent of those killed, as 60 percent of the bodies that were identified were taken home. Buried at Normandy are some of the bodies that were identified, and all of those who couldn’t be identified. The names of more than 1,500 missing soldiers and sailors are engraved on the Wall of the Missing in a garden at the cemetery, Eisenhower told Cronkite.

Then the two men sat down on a wall, and with the graves visible in the background Eisenhower explained what happened at Normandy on D-Day, and why: “These men came here — the British, and our other allies, Americans — to storm these beaches for one purpose only,” Eisenhower said, his voice level, but his countenance grim. “Not to gain anything for ourselves, not to fulfill any ambitions that America had for conquest, but just to preserve freedom — systems of self-government around the world. Many thousands of men have died for ideals such as these.”

Eisenhower took a moment to contrast the life of his own son, who graduated from West Point too late to serve in the war, with the lives of the young men lying in the graves behind him. “They were cut off in their prime,” he said. “They have families who grieve for them, but they never knew the great experiences of going through life like my son can enjoy. I devoutly hope that we will never again have to see such things as these. I think and hope — pray! — that humanity has learned more than we had learned up until that time. But these people gave us a chance, and bought time for us, so that we can do better than we have before.”

Dwight David Eisenhower is gone now, and so is Walter Cronkite. In their place on Thursday in Normandy, on yet another anniversary of the invasion that helped to end the evil of Nazism and save the democracies of Western Europe, were Donald Trump and Laura Ingraham of Fox News. They sat together for an interview with the same graves visible behind Trump that had been visible behind Eisenhower, to discuss what happened there.

“This” being the invasion at Normandy which killed tens of thousands of Americans and other allied troops, and resulted in “something very special.”

With that, he was finished with talking about the Normandy anniversary, because he began discussing what was going on internationally by telling Ingraham that United Nations Secretary Jens Stoltenberg “has been maybe Trump’s biggest fan, to be honest with you.” Trump said, “Everybody wants to make a deal. We’re the best. We’re the strongest. There’s nobody even close.”

Having finished with international relations, he turned to the situation at home. On his mind was Speaker of the House Nancy Pelosi. “I think she is a disgrace,” he said. “She’s incapable of doing deals. She’s a nasty, vindictive, horrible person.”

“Nancy Pelosi is a disaster, okay?” he went on. “She’s a disaster. I call her ‘Nervous Nancy.’ She’s a terrible person, and I’ll tell you, her name is ‘Nervous Nancy’ because she’s a nervous wreck. We have Pelosi, we have Crying Chuck Schumer, who is a disaster, by the way. He’s a total political, you know, jerk.”

He said this with the graves of the dead behind him, row after row of white crosses and Stars of David, more than 9,000 in all, only a fraction of those who died there.

I was struck dumb watching Ingraham interview Trump at Normandy on Fox News. Eisenhower had prayed in the same spot that the people lying in those graves had “bought time for us, so that we can do better than we have before.” And this is the result of the time they bought us: Donald Trump bragging about himself and calling people names.

I’ve never visited the cemetery at Normandy, but I visited the one at Anzio in 1956 when I was a boy. My grandfather, General Lucian K. Truscott Jr., commanded the Sixth Corps in the break-out from Anzio. Before that, he and the Third Infantry Division had fought their way across Sicily and up the boot of Italy. He ended up commanding the Fifth Army in its defeat of the Nazis in Italy. Many, if not most, of the men buried at Anzio were killed under his command in the war.

As we stood there gazing at row after row of white crosses and Stars of David, just like the ones at Normandy — 7.858 of them in all — my father told me the story of what grandpa had done when he dedicated the Anzio cemetery on Memorial Day in 1945. The famous cartoonist Bill Mauldin, who penned the “Willie and Joe” cartoons for Stars and Stripes during the war and was with my grandfather’s units through most of it, told my father the story when they knew each other in New Mexico many years later. Mauldin was there at the cemetery in 1945. He remembered the story well, because he had never seen anything like it before, or since, he told my father.

A gathering of VIPs had been assembled for the ceremony from the United States — senators and congressmen were seated on camp chairs in front of a stage overlooking the rows of graves, which had been freshly dug, and were topped with simple wooden markers. Also present were diplomats from many of the allied nations whose soldiers had fought and died in Italy.

Mauldin would write about that day years later in his memoir, “The Brass Ring.” His words from that book are more eloquent than my memory of what my father told me that day at Anzio.

When Truscott spoke he turned away from the visitors and addressed himself to the corpses he had commanded here. It was the most moving gesture I ever saw. It came from a hard-boiled old man who was incapable of planned dramatics. The general's remarks were brief and extemporaneous. He apologized to the dead men for their presence here. He said everybody tells leaders it is not their fault that men get killed in war, but that every leader knows in his heart this is not altogether true.

He said he hoped anybody here through any mistake of his would forgive him, but he realized that was asking a hell of a lot under the circumstances. . . . He would not speak about the glorious dead because he didn't see much glory in getting killed if you were in your late teens or early twenties. He promised that if in the future he ran into anybody, especially old men, who thought death in battle was glorious, he would straighten them out. He said he thought that was the least he could do.

I grew up around my grandfather until he died when I was 18 years old. I spent most of my summers with him and his wife, Sara. I never heard him speak even a word about that war. My father told me that the only thing he ever heard his father say about the war was on the night before he left on assignment for the war in Korea. They were standing next to a fence on my grandfather’s farm after dinner. Dad wanted advice from his father and asked him what he could expect when he got to war.

Grandpa broke down weeping, leaning on the fence, tears streaming down his face. “The bodies,” he said to my father. “The bodies, the bodies. So many bodies of young boys.”

That’s who was buried under those crosses and Stars of David at Anzio and Normandy. Their names are on the wall of the Vietnam War Memorial in Washington, and on other memorials around the country. The bodies of the dead, ordered to their deaths by men like Eisenhower and my grandfather, bodies now disrespected by the likes of Donald Trump.