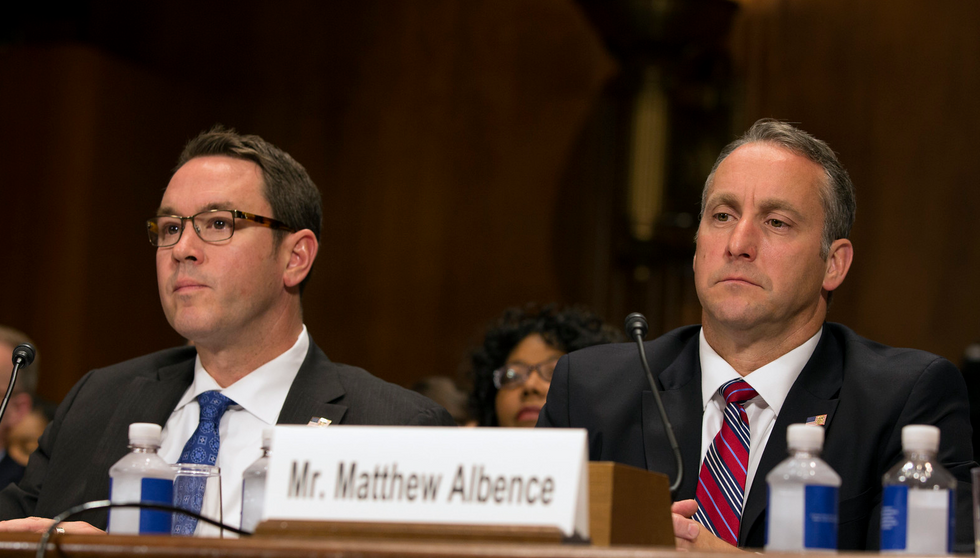 A disturbing spate of deaths among the immigrants detained by the Trump administration has spark outrage, and newly revealed documents suggest that the backlash is well-founded. According to a new report from The Young Turks, an internal ICE document revealed that top ICE officials were made aware that the deaths were preventable.

In a December 3, 2018 memo, according to the reporter Ken Klippenstein, an ICE supervisor told Matthew Albence — who was acting deputy director of ICE at the time — “IHSC (ICE Health Services Corps) is severely dysfunctional, and unfortunately, preventable harm and death to detainees has occurred.”

In 2018, Albence compared ICE detention centers to “summer camps.” When Sen. Kamala Harris of California, during a congressional hearing, asked Albence if he would send one of his kids to an ICE detention center, he responded, “That question’s not applicable.”

According to Klippenstein, the December 3 memo had the subject line “Urgent Matter” and “details over a dozen cases in which ICE allegedly failed to provide its detainees with proper medical care”— two of which “resulted in fatalities.”

One of the deaths mentioned in the memo, Klippenstein reports, was suicide victim Efrain de la Rosa, who the memo says “could have been saved.” The memo notes that ICE received 12 reports on de la Rosa “prior to his death, depicting suicidal ideation and psychosis.”

The memo states that “de la Rosa was not being treated with psychotropic medication; instead, he was remanded to segregation.” In other words, while he needed the most support, he was separated from others. And the memo goes on to say that his suicide “closely mirrors the previous suicide” of ICE detainee Joseph Jimenez.

The memo also warns, “Many detainees have encountered preventable harm and death. IHSC leadership is not focused on preventing horrible recurrences.”