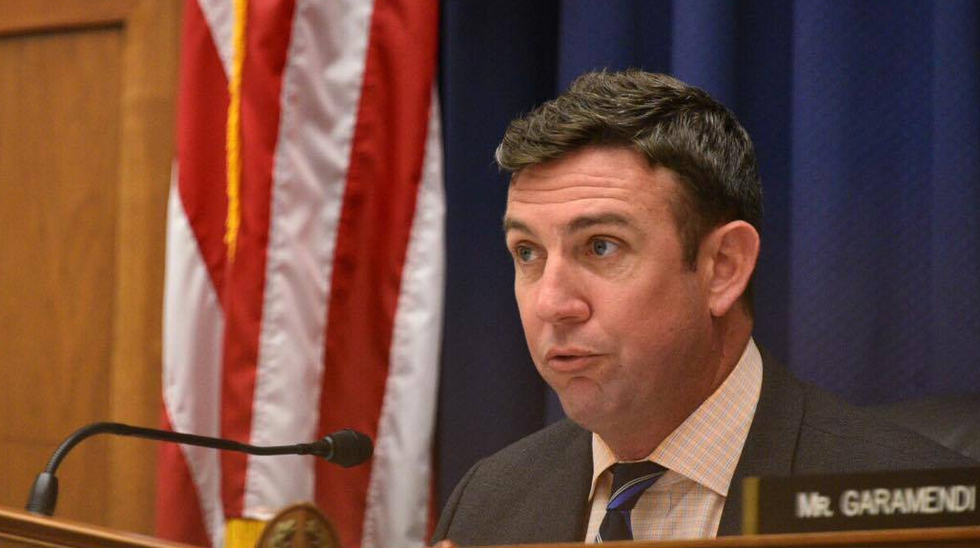 Republican Rep. Duncan Hunter of California hangs on the knife's edge of a criminal indictment even after he was re-elected last November while the charges against him were public. And a new development in the case, reported Wednesday by the San Diego-Union Tribune, could be a sign that things are about to get even worse.

Hunter and his wife, Margaret Hunter, were indicted in August of 2018 on 60 counts of misusing campaign funds. The Tribune explained:

The indictment, which followed two-plus years of reporting by The San Diego Union-Tribune, accused Hunter and his wife of using at least $250,000 in campaign donations for personal expenses, including groceries, private-school tuition for the couple’s children, a trip to Italy and oral surgery.

The lawmaker was instantly lampooned when he blamed his wife, who served as treasurer for his campaign, for the scandal.

"She was also the campaign manager, so whatever she did, that’ll be looked at, too, I'm sure, but I didn't do it," he said back in August.

And on Wednesday, the Tribune reported, Margaret Hunter is preparing to change her plea of "not guilty" in the case.

This suggests that she could be planning to cooperate with prosecutors and potentially turn against her husband. However, the Tribune could not get a comment from her lawyers, and the congressman's attorney did not comment when asked whether Margaret Hunter might have flipped.

The report also contains suggestive details implying that the pair's interests might have diverged at some point during the progression of the case:

While the couple appeared jointly at initial court appearances immediately following the August indictment, they arrived separately to more recent proceedings, sat in separate parts of the courtroom and avoided speaking or even eye contact.

Hunter was an early supporter of the president, and the Justice Department's decision to pursue charges against him, along with another GOP ally, clearly rankled Trump. In a wildly inappropriate and disturbing tweet, Trump sent the clear message last yearthat he didn't think the DOJ should bring charges against his supporters in Congress.