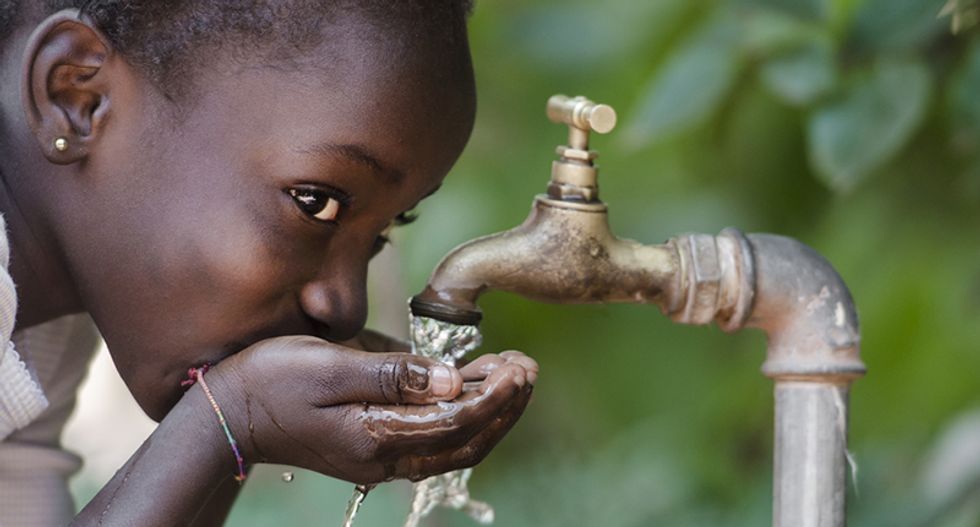 Activists reiterated demands for "accountability and justice" for the people of Flint, Michigan following reports Monday that the authorities investigating the city's water crisis executed search warrants for the state-owned cell phones of former Gov. Rick Snyder and 65 other current and former officials.

"The people of Flint deserve answers," Mary Grant, public water for all director at Food & Water Watch, said in a statement. "Hopefully this investigation will yield them. And there needs to be accountability for those involved in creating this crisis, including former Governor Snyder."

The search warrants, signed by a Flint judge, were sought two weeks ago by Solicitor General Fadwa Hammoud and Wayne County Prosecutor Kym Worthy, who is assisting with the criminal investigation of Flint's water being contaminated with lead five years ago and a regional outbreak of Legionnaires' disease.

One warrant, signed May 19, lists all content from Snyder's cellphone, iPad, and computer hard drive. Similar information was sought from the devices of 33 employees who worked in his office, 11 in the Department of Environmental Quality, and 22 in the Department of Health and Human Services.

The evidence was apparently initially obtained by former special prosecutor Todd Flood with investigative subpoenas. Because it has been kept in a division of the attorney general's office, Hammoud took the unusual step of securing a warrant to search another part of the office. She has been managing the probe since January.

The search warrants came after Hammoud revealed in an April 26 court filing that millions of records related to the Flint water crisis allegedly were not turned over in response to subpoenas. The "trove" of documents, stored in boxes and on computer hard drives—and which supposedly included a list of state employees titled "Phones/Wiped"—were later discovered in the basement of a state-owned building.

Hammoud, who confirmed Monday that authorities executed the search warrants reported by the AP, said in a statement to MLive-The Flint Journal, "The Department of Attorney General through the Flint water criminal prosecution team is investigating the Flint water crisis as a whole."

"As stated in recent motions, the prosecution is aware of substantial potential evidence that was not provided to the original prosecution team from the onset of the investigation. The team is currently in the process of obtaining this evidence through a variety of means, including search warrants," Hammoud said. "The team is also conducting a thorough review of existing and newly received evidence pertaining to the Flint water crisis."

Food & Water Watch Grant's, in her statement, summarized what is already publicly known:

The Flint water crisis started when Snyder took local control away from Flint's leaders and put the city under financial management. An emergency manager appointed by Snyder five years ago made the disastrous decision to switch Flint's water supply to a polluted river without proper treatment, leading to bacterial and lead contamination that will leave a lasting legacy to Flint's people, particularly its children.

The timeline of events leading to the Flint water crisis shows that the Snyder administration knew more about the crisis than it initially disclosed to the public. Yet Snyder has not faced any consequences for his decisions that resulted in the crisis.

"This new development leaves us with a lot of questions," Grant added. "We hope this investigation finally yields accountability and justice for Flint."