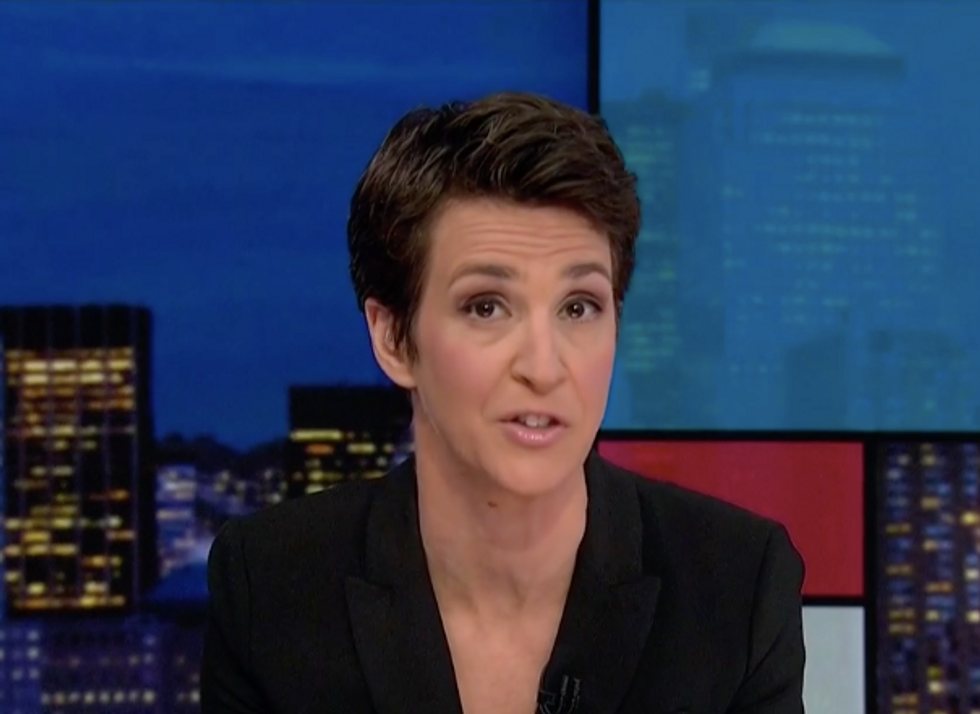 When President Donald Trump met with Irish Prime Minister Leo Varadkar on Wednesday, he committed perhaps the most obvious faux pas imaginable. Really, we should have been expecting it.

“It will all work out very well, also for you, with your wall, your border,” Trump said, referring to Brexit and the potential strain it could have on Ireland's border with Northern Ireland. “We have a border situation in the United States, and you have one over here.”

Of course, the conflict between Ireland and Northern Ireland is one of the most prominent features of the island's recent history, and the prime minister had no interest in inflaming tensions, as is Trump's perpetual inclination.

“I think one thing we want to avoid, of course, is a wall or border between us,” Varadkar said.

On her show Wednesday night, MSNBC's Rachel Maddow was mortified at Trump's obtuse comments. She called them "careless, reckless, ignorant."

"If you have any sense of that conflict and what it has taken to resolve it to the extent that it has been resolved — again, over the course of our lifetimes. This is recent stuff, current stuff. For any prominent American in any position — even just somebody in a business position, somebody in sports — to have gone over to Ireland and have done that?" she said. "But for a president to have done it?"

For any prominent American in any position to have gone over to Ireland and have done that, it would just be a terr… https://t.co/z8bYFrl9mF
— Maddow Blog (@Maddow Blog) 1559785267