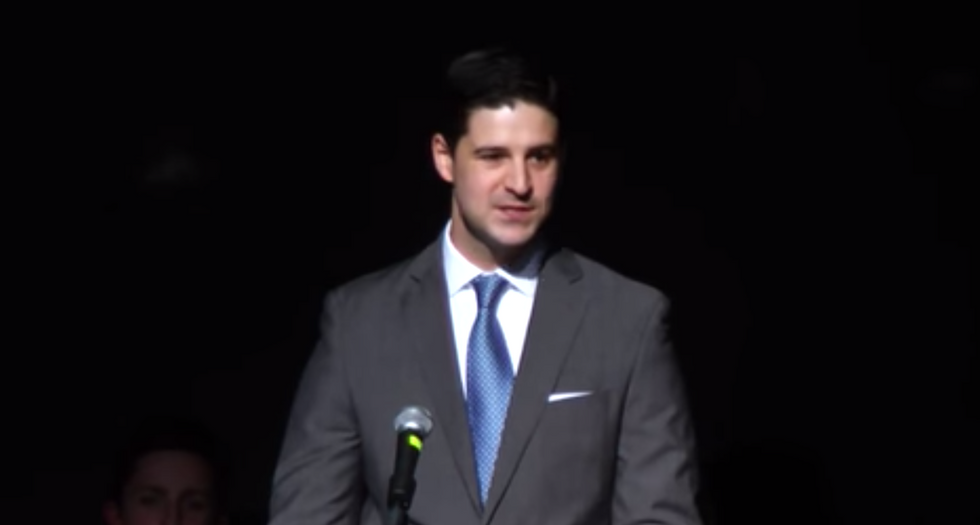 Nick Isgro, controversial vice chairman of the Maine Republican Party and mayor of Waterville, Maine, echoed alt-right “replacement” theory rhetoric when railing against abortion, “the left,” and immigrants in an inflammatory video posted on Facebook.

People for the American Way’s Right Wing Watch has posted part of the video, which Republicans in Maine posted on the Facebook page “Restoring Maine’s Future.” In the video, Isgro declares, “We keep being told that we need more workers at the same time that we’re expanding and giving massive subsidies, now, to the abortion industry so we can kill our own people — but we have to import all these people so that we can continue to have a stream of cheap labor.”

Isgro went on to claim that Maine is “being run like a banana republic” and that supporters of immigrant rights “want to import thousands of people from the Third World and give them voting rights.” And the Maine Republican added that “the left” is “trying to quash our ability to speak out.”

Asylum-seeking immigrants in Maine, Isgro claimed in the video, are “human pawns in a game that is being played by global elites.” Isgro asserted, “Everything that we love and hold dear as Mainers is under attack, and this influx of immigrants is all part of the plan to continue to do that in order to undermine our ability to band together and put an end to what’s going on.”

On the alt-right, the “replacement” conspiracy theory claims that whites are being “replaced” by non-white populations.

Isgro has been a controversial figure in Maine politics. In 2018 — after making some comments that were critical of one of the survivors of the Valentine’s massacre at Marjory Stoneman Douglas High School in Parkland, Florida — Isgro became the target of an effort to recall him from the Waterville City Council. But the recall effort was narrowly rejected, and Isgro kept his position.