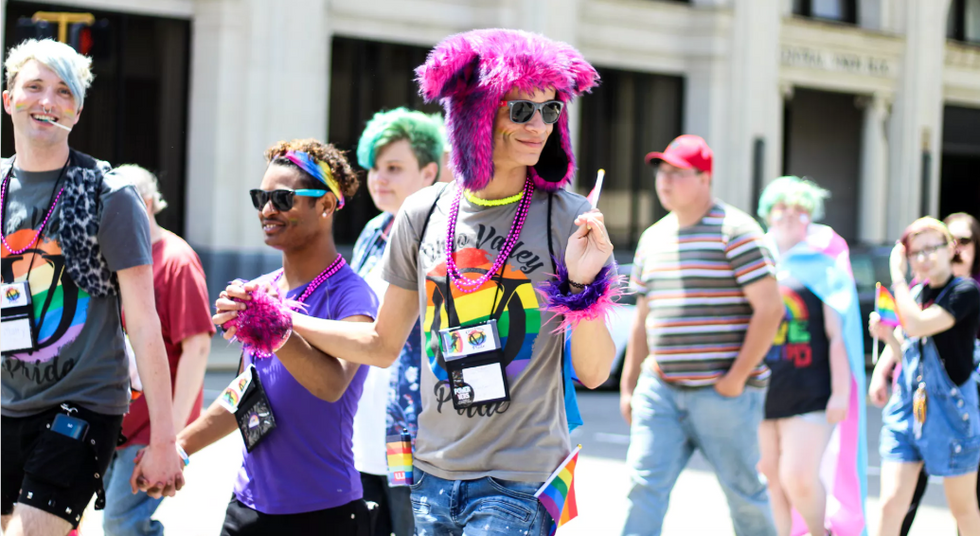 “Straight Pride Parade” began trending on social media early Tuesday. The basis was claims by a group of men calling themselves “Super Happy Fun America,” that they had applied for, and received permission to hold, a … Straight Pride Parade. The parade would take place this summer in Boston, Massachusetts. According to BuzzFeed News, the group has indeed applied for the permits it would need but has not received any permissions. The groups vice president Mark Sahady had made the claim in a Facebook post.

This isn’t the first time someone has tried to do this. Back in 2015 an idiot attempted this in Seattle—with epically dismal results. The Washington Post quotes Sahady explaining himself elsewhere.

“For them everything is based upon identity and whether or not one is categorized as a victim or an oppressor,” Sahady wrote on Facebook. “If you get victim status then you are entitled to celebrate yourself and expect those with oppressor status to defer to your feelings.”

Sahady’s Facebook posts are predictably pro-MAGA, racist hand signals and lots of sunglasses. There’s likely a joke in here but that joke is suffocated under too much obvious anger and insecurity to be funny. I decided to ask my heart what it felt about Sahady’s sad need to have a parade for heterosexual men.

The rest of Twitter got on board to give their opinions of this idea. Here’s a selection:

I liked this one a lot, for some reason.

the straight pride parade in boston should have a completely straight parade route, i thought i'd save them some ti… https://t.co/gxLxs7ShX1
— dork souls (@dork souls)1559666821.0

The realistically what this guy is actually looking to do.

And back to silly.

My fantasy response for IRL.