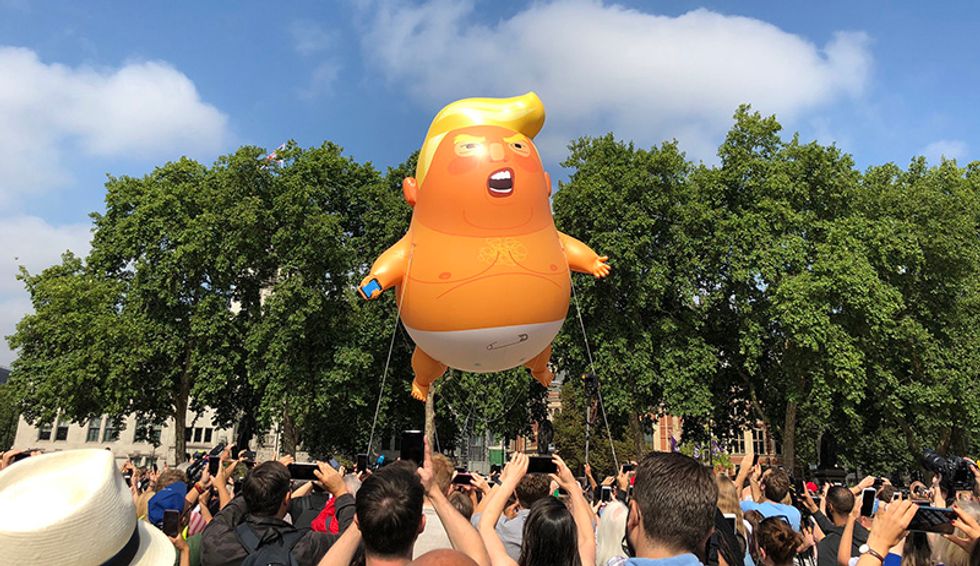 You really can’t make this stuff up. A Trump cultist, armed with a “pointed or bladed” weapon, decided that the best way to defend the dignity of Donald Trump was to stab a balloon in the ass.

Screaming, “I’m going in,” the unidentified woman then ran up and attempted to bayonet one of the giant diapered Trump balloons that have been seen decorating the skies around London for the past two days. And yes, she videotaped the whole thing.

The video—which is much like an old Monty Python skit—includes the woman first bragging that she “did it,” that the balloon was “a disgrace,” that Trump is “the best president ever,” and then proudly showing off her bloody hand that she cut during the, uh, attack. And then the police show up. At which point she goes into martyr mode, hollering, “The police are coming after me!” telling them to “stop it,” threatening “I’ll sue,” and, of course, claiming that she hurt her hand when she fell off her bike. Oh, and the best part?  She finishes it off with, “Hey, America, help me!” Yeah, we’ll get right on that.

The woman has been arrested. The balloon is expected to make a full recovery.