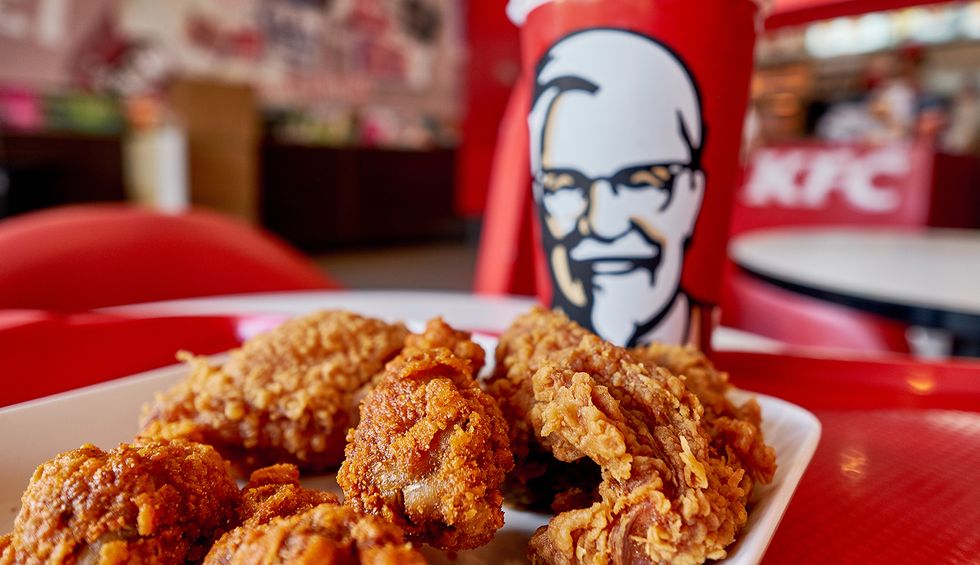 A federal judge ruled Tuesday that a Muslim KFC franchisee cannot advertise his fried chicken to the Chicago-area Muslim community as halal because KFC’s corporate policy prohibits franchisees from making religious dietary claims about its food.

“Under the franchise agreement, defendant has every right to bar plaintiff from advertising his products as halal, even if defendant allowed that advertising in the past,” U.S. District Judge John Robert Blakey wrote in a 14-page opinion.

Afzal Lokhandwala, owner of eight Kentucky Fried Chicken franchises in Illinois, says KFC permitted him for the last 14 years to market chicken served at his restaurants as “halal.”

For a meat to be certified halal under Islamic law, it cannot be a forbidden cut — such as meat from hindquarters — or come from forbidden animals, such as pigs.

His franchises sell both halal and non-halal chicken, and inform customers which menu items are halal-compliant. All of his chicken-on-the-bone products come from processors certified by the Islamic Society of Washington Area, according to court records.

Lokhandwala, a practicing Muslim, says he immigrated to the United States from India in 1989. He started out as an assistant manager at a KFC on the South Side of Chicago, and soon became manager before starting his own franchises.

“Thousands of Muslims within the Chicago metropolitan area eat at plaintiffs’ restaurants because they know Afzal is Muslim and the restaurants sell halal chicken,” according to the complaint filed last year in Chicago federal court.

But in late 2016 or early 2017, KFC demanded that Lokhandwala stop marketing his products as halal based on a 2009 policy that prohibits franchisees from making religious dietary claims about their food.

Lokhandwala claims that enforcement of the policy will require him to shut down up to four KFC franchises that serve a majority-Muslim clientele.

But Judge Blakey found that the terms of the franchise agreement give KFC complete control over how its product is marketed.

The contract “plainly gives defendant control over advertising and promotional material,” regardless of past contradictory practices, the ruling states.

“‘Advertising’ means attracting the public’s attention to something, usually to sell that something. Advertisements often contain truthful statements, such as a product’s dimensions,” Blakey said. “The fact that plaintiff truthfully described his chicken products as halal when he marketed them does not remove those communications from the advertising realm that defendant unambiguously has complete control over, per the franchise agreement.”