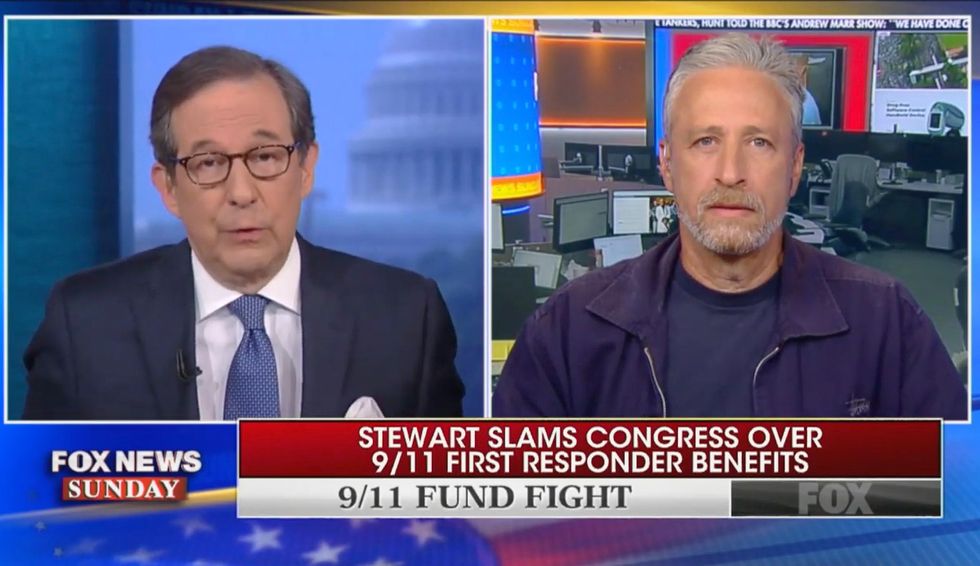 Appearing on Fox News Sunday, comedian Jon Stewart lashed out at Senate Majority Leader Mitch McConnell (R-KY) for congressional inactivity regarding the plight of the 9/11 responders.

Speaking with host Chris Wallace, the former host of “The Daily Show” singled out the Republican among all the other lawmakers who have failed to step up with renewed support.

“Have you had problems with Senator McConnell?” host Wallace asked.

“Yes,” Stewart replied. “I mean, not me personally, but in terms of getting the 9/11 bills passed, Mitch McConnell has been the white whale of this since 2010.”

“They asked Mitch McConnell about the testimony after it was done,” the comedian recalled. “He said, ‘Gosh’ … I believe he used the word ‘gosh’.”

“‘Gosh, we haven’t looked at that in a while but we will look at it and I’m sure we’ll deal with it as compassionately as we have in the past’,” Stewart relayed.

“I want to make it clear that this has never been dealt with compassionately by Senator McConnell,” he said. “He has always held out until the very last minute and only then, under intense lobbying and public shaming has he even deigned to move on it.”

The comedian concluded by saying congressional inaction is “unacceptable.”