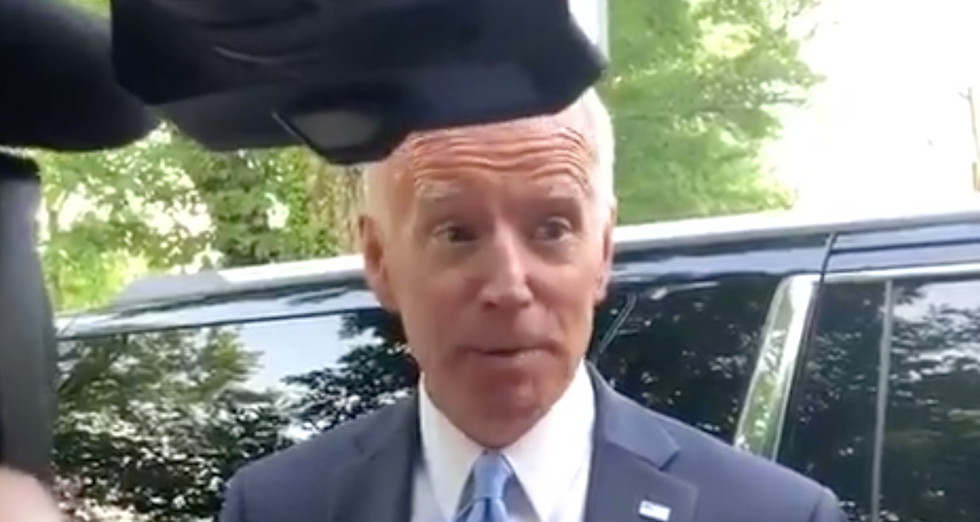 Former Vice President Joe Biden may be remembered fondly by many as Barack Obama's sidekick, but the turbulent start to his 2020 campaign is a helpful reminder of why his previous presidential bids were utter failures.

The most recent controversy — and there have been many surrounding him in the still-early primary contest — came after he claimed that his history working with vile segregationists in Congress showed his bipartisan bona fides. Given Biden's own messy history on the subject of race and racism, this was a particularly unpersuasive example for him to tout as he makes his case to primary voters, and it received widespread criticism. Sen. Cory Booker (D-NJ), also a presidential hopeful, called on him to apologize.

"Apologize for what?" Biden said when asked by reporters about the controversy. "Cory Booker should apologize."

He tried to defend his comments, saying it was exactly because he disagreed so strongly with the segregationists he worked with that it made for a good example of bipartisanship.

It's not clear what Booker is supposed to apologize for, in Bidens' view. But the details of Biden's particular comments aside, it's a demonstration of the fact that the Biden campaign's biggest obstacle may be Biden himself. CNN reported that aides warned him about these kinds of comments, but he made them anyway. He's also under fire for telling wealthy donors that, if he wins, nothing will really change, and "I won't let you down." He continues to make creepy comments to and jokes about young girls. His attempt to address his troubling past with Anita Hill crashed and burned.

In short, Biden's just not very good at this. And maybe it won't matter, just like all of Trump's controversies — which are, to be sure, far more numerous and much worse than Biden's — didn't stop him from becoming president. But I don't think Biden can count on Democrats being as tolerant of his faults as Republicans are of Trump's.

Watch the clip of Biden's comment about Booker below: