Jim Jordan melts down over Bob Mueller in ABC interview: 'How long did it take him to figure that out?' 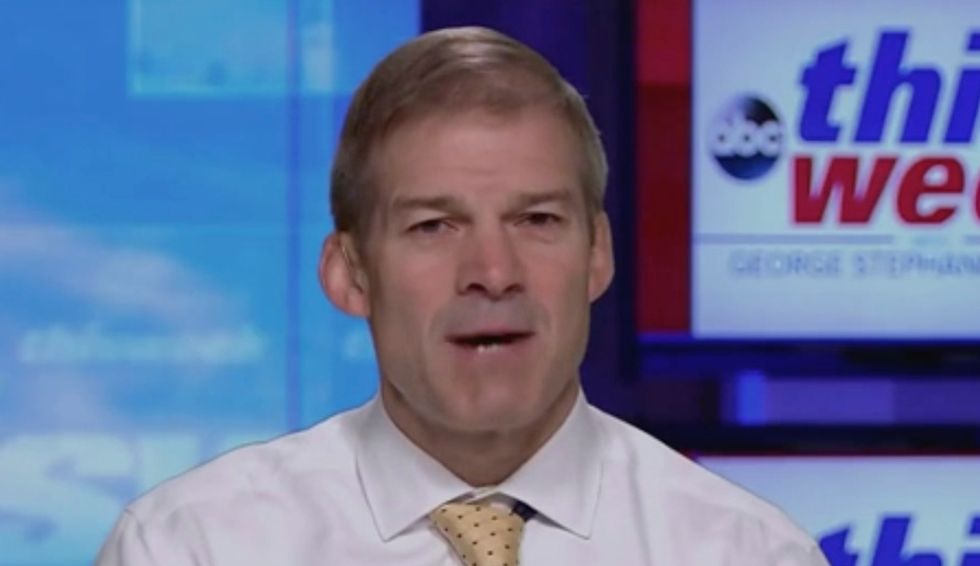 During an interview with ABC News, Jordan increased his volume when he began talking about former special counsel Robert Mueller.

“This is something I want to ask Bob Mueller if he actually comes and testifies,” Jordan explained. “Did you explore the dossier? They took the dossier to the secret court, didn’t tell the court the Clinton campaign paid for the document, didn’t tell the court the guy who wrote it, Christopher Steele, had told the FBI he was desperate to stop Trump!”

“You don’t know that he reached that conclusion early [in the investigation],” ABC host George Stephanopoulos observed.