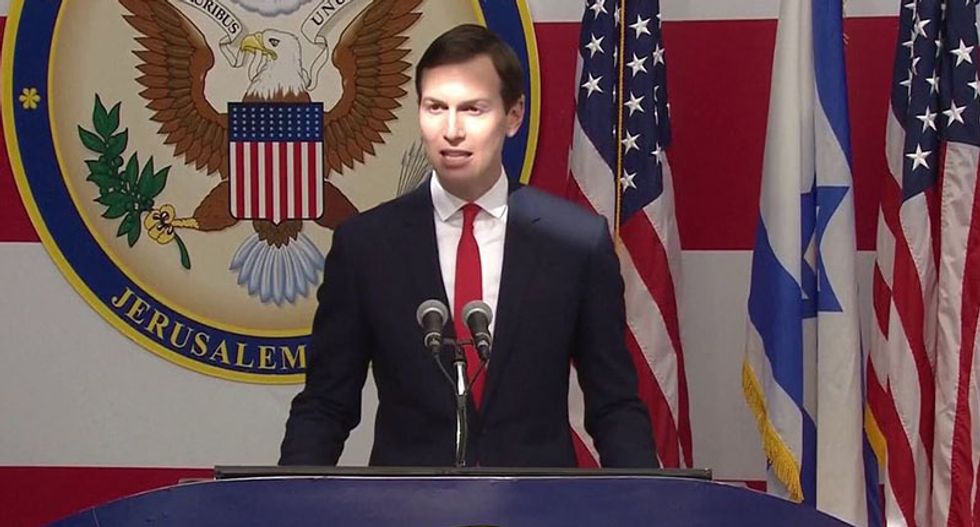 A real estate company partially owned by Jared Kushner has received $90 million from anonymous foreign sources since he started working in the White House.

Most of the money flowed into Cadre, a company Kushner still holds a reported $50 million stake in, through a vehicle run by Goldman Sachs in the Cayman Islands tax haven, reported The Guardian.

President Donald Trump’s son-in-law and senior adviser kept his stake in Cadre after joining the administration, and that secret foreign funding could create additional conflicts of interest in his government work.

“It will cause people to wonder whether he is being improperly influenced,” said Jessica Tillipman, who teaches government ethics and anti-corruption law at George Washington University law school.

Kushner resigned from Cadre’s board and reduced his ownership stake to less than 25 percent after joining the White House, according to his attorneys.

However, he failed to list Cadre on his first ethics disclosure, in what he called an inadvertent oversight, and is not actively involved in the company’s operations.

Sources told the newspaper that the most of the money came to the Cayman Islands vehicle from another offshore tax haven, and some of the cash allegedly came from Saudi Arabia.