Is there anything wrong with relishing in the other side's failures? 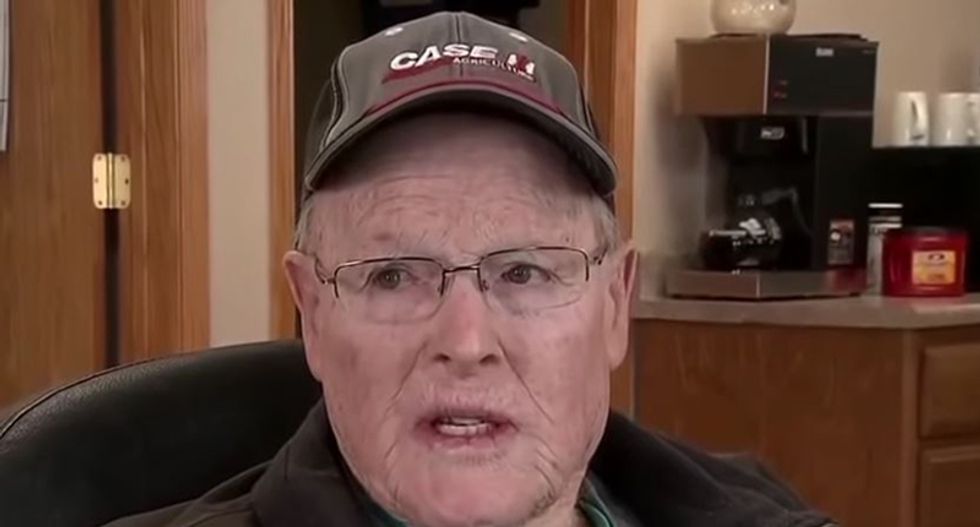 When I was kid, I enjoyed the bragging rights which came from my favorite team winning. Because all of the arguments about how certain players are overrated, how the refs screwed ‘em, or opinions about winning mentalities become meaningless in the aftermath. People who want to criticize and “talk shit” have to confront the cold, hard reality of the scoreboard. And, for some, there is an enjoyment to be taken in the discomfort of assholes. Therefore, there are entire pieces in sports fandom based around taking pleasure in opponent’s loses and bad news, from losing free agents to rivals all the way to the team owner getting busted at a rub-and-tug massage parlor.

But these emotions can also go into some darker places. Earlier this month, there was widespread disgust and contemplation about public decency after Toronto Raptors fans cheered when Kevin Durant ruptured his right Achilles tendon during the fifth game of the NBA Finals. There is something to be said about that feeling in sports, especially when it comes to hard-fought battles and long-time rivalries, where there is an enjoyment in the opponent’s misery and failure.

I would be lying if I said I haven’t felt the same way when viewing politics sometimes. And I wonder if it’s part of the problem?

On election night, I enjoy watching the other side lose. I take pleasure in watching all of the blowhard jerks who sit on television talking about “what the American people believe” have to confront what they actually believe, and not be able to hide behind a talking point. There is a special joy I take in watching Republicans and conservatives, who support awful people and destructive policies, looking sad and crying when they don’t get their way. The only thing which tempers these emotions is the knowledge the other side will feel the same way if we lose, and the uncomfortable feeling which comes from smiling at someone else’s pain.

This week Eric Trump was spit on in a Chicago restaurant by a server, who reportedly may have proceeded to tell him off about how awful he and his family are, and in many places the response was basically: Good. Even though we know it’s not right—either legally or morally—and even if on some level we want to believe “when they go low, we go high” is a better way to live, for many there was something satisfying in knowing a jerk was made uncomfortable. And I thought it might be interesting to ponder the hows and whys of that.

As the polarization of politics has made the whole thing more and more like the current era of sports (i.e., division into factions concerned only with team/party loyalty beyond any moral considerations, support of awful individuals only because of their affiliations, commentary being driven by dumb punditry on cable networks, etc.), I’ve wondered if this sort of schadenfreude is at the root of the current cultural mess? A pop culture based around entertainment in humiliation, whether it be in reality television, viral videos, sports, or reading about the financial and personal fiascoes of industry titans and celebrities in exposés, has laid the groundwork for a president whose crassness is a selling point to his followers, because they enjoy “making the libtards cry.” Or maybe it’s revealed a greater honesty which had been hidden behind old ideas of tradition, etiquette, and civility? These emotions did not start in 2016. And for many conservatives, they’ve always believed the other side was “evil” but were just too chickenshit to say it.

So, thinking about it, I’m wondering if all of this is standard? There are assholes in the world. There have always been assholes in this world. And those assholes are gonna be jerks who take things too far. Or is this indicative of how destructive this period of politics, and possibly culture, has become?

For those unfamiliar, there is such a thing as “hate-watching.” Basically people go all Mystery Science Theater 3000 on things and spend quality moments of their life watching things they dislike for the entertainment of talking shit about it in a so-bad-it-becomes-good way. Aaron Sorkin’s post-West Wing television offerings were frequent targets of this phenomena, with much cracking wise for each episode of Studio 60 and The Newsroom online. YouTube is full of internet personalities who make their bread and butter on reviewing shitty music and awful movies.

The use of humor allows many to get beyond their normal aversion to politics in order to understand important issues. There are many people who know more about women’s rights, immigration, and income inequality because someone made them laugh about it, and hopefully that translates into giving a shit about it too. But I sometimes wonder if it can also be unproductive to turn disgraceful behavior into ... a joke. If one approaches these things as absurdities to laugh at, one reaction might be to throw up one’s hands and say: “Fuck it. What does it matter? It’s all one big joke anyway.” And I worry that’s the reaction of too many, particularly the half of the country who can’t be bothered to get off the couch and vote even when they’re getting fucked over the most.

But I also wonder if reducing everything to a joke also has the unintended consequence of releasing everyone’s inner troll. If we get enjoyment from making fun of awful people and policies, there’s an honesty to those emotions, even if it doesn’t fit prescribed notions of how people should behave. And the other side has turned that feeling into government by spite, where truth and reason and almost nothing except the satisfaction of hurting people they don’t like matters.

What if people decide they don’t wanna play along, and try to either shun these jerks, go Golden Rule and treat them the way they treat others, or at the very least call out their truly awful actions? Well the media tends to go all self-righteous and sees it as an opportunity to go “both sides need to do better” in their coverage with anyone who may have hurt the fee-fees of conservatives.

A year ago this month, the Washington press corps had a tizzy over Sarah Sanders not being able to get a plate of hot wings, or whatever the hell she was gonna order, after she was refused service in a restaurant for being part of the Trump regime. At the same time the administration was locking kids in cages, advocating for the end of due process rights for impacted individuals, and the economy was showing signs of strain from Moron-In-Chief’s tariff policy, the media’s way of being “fair and balanced” was writing long essays about the loss of civility and the need for respectful discourse. I always wince when people say: “Respect the office.” What the fuck does that even mean? Someone shouldn’t point out those things which are apparently wrong because the sick fuck who’s doing them gets to sit in a room with an eagle on the carpet? Maybe the person in the office should start respecting it himself if he wants. And maybe the people who work for a destructive human being should have enough respect for themselves to do something else if they don’t want people to judge.

Because in the media’s and the political class’s estimation, etiquette must be observed in how something is said or done, instead of whether what is said or done is true. This is why an idiot like Chuck Todd can (wrongly) whine about the definition of “concentration camp” and the use of the term by Rep. Alexandria Ocasio-Cortez. Whether the term applies or not doesn’t really matter to the press corps. What matters to the press corps is saying out loud what may be true might be too “mean,” and can be used as a marker to show how balanced they are.

Notice how Chuck Todd NEVER responded to any of the criticisms of his segment about AOC? He can’t, and the other members of the press who were also “offended” won’t either. If the press were to admit the truth and call what the Trump administration is doing concentration camps, internment camps, etc., it would either limit their access to the assholes running the concentration camps, or offend a portion of the audience who support the concentration camps and affect their ad revenue. Selfish wants and the almighty dollar are in control.

The entire situation allows anyone who wants to show their sanctimony and how above the political fray they are by calling for civility from “both sides.” Invariably the media and others—who are not affected by such wrongs—will cry and whine about how everyone is so “divisive.” Politicians wanting to show how they will do “the right thing” and obey the Marquess of Queensberry Rules will come forward and condemn shit that in the grand scheme of things doesn’t really matter.

It shouldn’t matter if the truth is uncomfortable. Discussions of civility and political etiquette are deflections. They can be tricks employed to box in the frames of a debate, and change the subject to avoid discussing those things which should make us uncomfortable. Civility and the media’s obsession with etiquette is a way to shut down conversations, and shut people up.

And when the process becomes unfair, people are suffering, and the media makes it impossible to call a concentration camp a concentration camp, what happens? Sometimes people lash out in the only ways they can to make a point, which might be saying they won’t go to the “fucking” White House, refusing to serve someone complicit in this mess food, and yes, maybe even spitting in the face of an entitled fucker born with a silver spoon in his mouth.

But the problem is, even though I sometimes feel this way, I wish I didn’t. I don’t like feeling some form of satisfaction from other’s misery. And I wonder, if all of it only adds deeper stupidity to a situation which wasn’t firing on all cylinders to begin with.