Inside the Fox News wannabe that's vying for Trump's affection 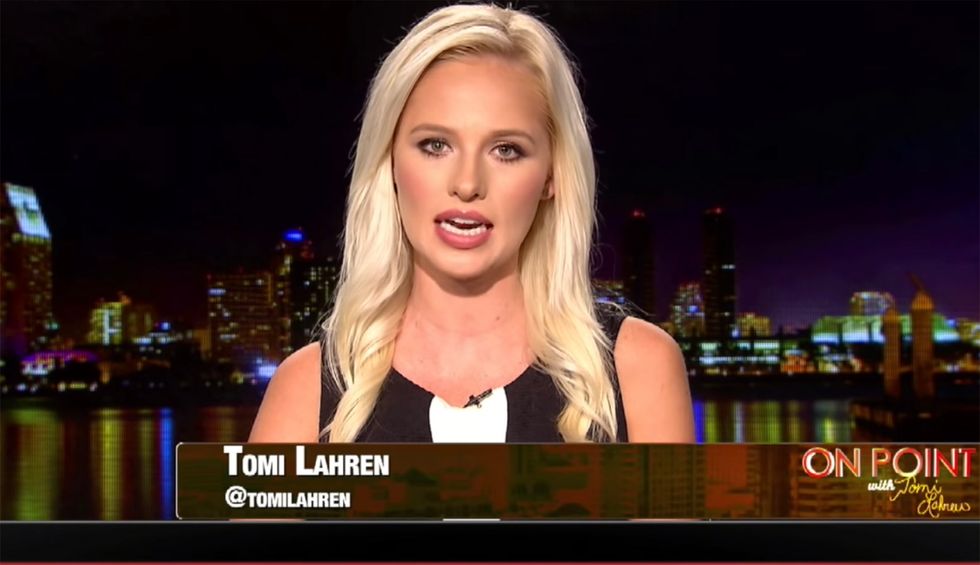 In contrast to the liberal leanings of MSNBC and the centrism of CNN, Fox News has reigned supreme as the dominant right-wing voice in cable news in the United States. But a lesser known cable news outlet has been making inroads on the right: One America News Network (OAN). And in 2019, OAN has been attracting the attention of President Donald Trump — who on May 13, tweeted that OAN was doing a “great job.”

Headquartered in San Diego (with offices in New York City and Washington, D.C.) and owned by Herring Networks, OAN has been around since 2013. OAN isn’t nearly as well-known as Fox News, but during its six-year history, it has employed some major right-wing figures. Tomi Lahren hosted her show “On Point with Tomi Lahren” on OAN in 2014 and 2015, and 2008 GOP vice presidential candidate Sarah Palin guest-hosted an OAN program in 2015.

OAN’s pro-Republican, pro-Trump slant is painfully obvious. Like Fox News, OAN has been overtly favorable to Trump — and at times, OAN has gone to ridiculous lengths to demonstrate that it is even more pro-Trump than Fox.

When the Trump White House revoked CNN reporter Jim Acosta’s White House press credentials in 2018, even Fox News spoke out against that decision — while OAN insisted it was a good idea and that Acosta had it coming. OAN CEO Robert Herring even went so far as to attack Fox News for siding with Acosta, saying he couldn’t “believe Fox is on the other side.”

Herring declared, “We are going to file in the CNN v. White House court an amicus brief in favor of the White House. Acosta’s actions are stopping our people from getting their questions answered so that we can give our audience the real news direct from our president.”

Applauding the White House’s decision to revoke Acosta’s White House press credentials and attacking Fox News for standing up for Acosta was a buffoonish publicity stunt on OAN’s part. But to a degree, that type of thing is working: Trump has applauded OAN more than once in 2019. And while Fox News — according to a Washington Post report — was available in “90 million” homes in 2017, OAN was available in 30 million.

The late Roger Ailes, who served as Fox News’ CEO before his death in 2017 at the age of 77, was known for encouraging reporters and commentators to be overtly favorable to particular candidates — be it President George W. Bush in 2004 or former Massachusetts Gov. Mitt Romney in 2012. Similarly, Herring has taken a decidedly hands-on approach at OAN and encouraged pro-Trump propaganda rather than critical analysis.

But while some people at Fox News will criticize Trump when they believe it is warranted — for example, Judge Andrew Napolitano, Chris Wallace or Shep Smith — OAN’s slogan might as well be “all pro-Trump all the time.” Fox News is usually pro-Trump; OAN has a reputation for being exclusively pro-Trump.

In a July 5, 2017 report for the Washington Post, journalist Marc Fisher explained, “Robert Herring has repeatedly shaped the news on OAN,” adding that during Trump’s 2016 campaign, Herring “banned stories about polls that showed anyone other than Trump in the lead, according to e-mails and interviews with OAN journalists.”

In March 2016, according to Fisher, Herring “e-mailed producers with a directive,” asking them not to cover a Romney speech that was critical of Trump. Herring wrote, “Do not carry the Romney speech live. Romney has no standing.”

A former OAN producer Fisher interviewed quit because its coverage of Trump became “too slanted.” According to that former OAN employee, Herring “has a ton of influence over every aspect of the newscast. He has stories written on his whim.”

Cassie Leuffen, an OAN anchor, told Fisher that Herring “saw the popularity of Trump before almost anybody, and Trump became our bread and butter.”

Christopher Wood, an early OAN news writer, recalled to Fisher, “We’d have staff meetings on Wednesdays, and Mr. H. would say he wanted more stories from Breitbart, the Drudge Report and other conservative sites. It was his way or no way.”

Speaking to former OAN employees, Fisher found that Herring would screen potential employees for their political views. According to one anchor, “He’d flat out ask, ‘Who did you vote for? Are you a Bernie (Sanders) supporter? Are you for abortion?’ It’s not like you wouldn’t get hired if you were liberal. But when it came to decisions about what stories we did, he made it clear he wanted the conservative ones.”