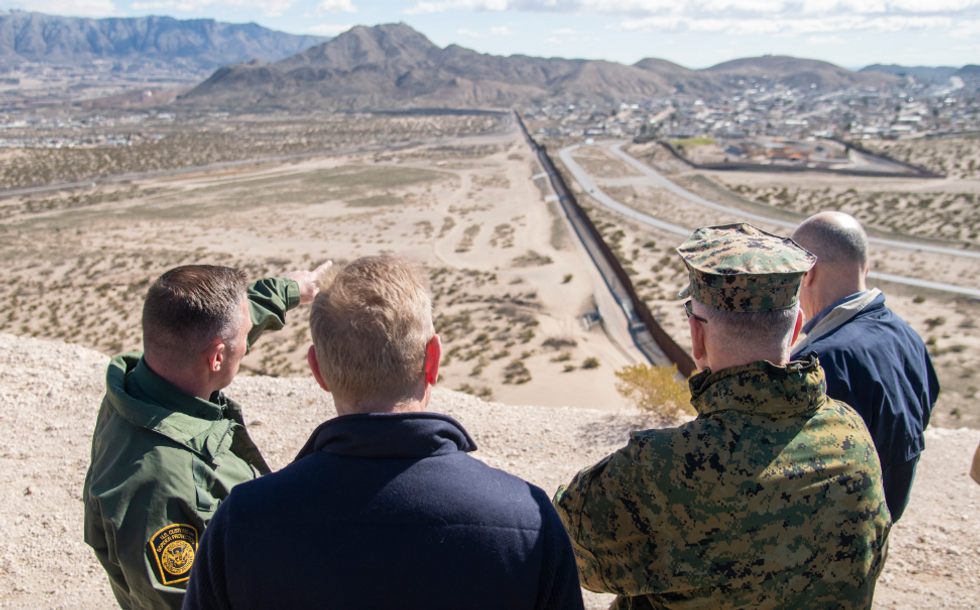 Data suggests that more than 8,000 migrants have died attempting to cross the southern U.S. border since the 1990s, succumbing to heat, exhaustion, and exposure to the searing desert sun. Scott Daniel Warren, a volunteer with the humanitarian group No More Deaths, has worked to stop these tragedies by helping to leave lifesaving jugs of water and other supplies in the desert. For his sense of humanity, Warren could now face up to 20 years in prison.

More than a year after he was first arrested, Warren is now standing trial, “charged with two counts of felony harboring and one count of felony conspiracy for giving ‘food, water, clean clothes and beds’ to two undocumented men in Ajo, Arizona,” No More Deaths said in a statement. The group said that “almost half of the 128 recovered human remains of border crossers found in 2017 in Arizona were found in this area.”

Federal authorities arrested Warren and other volunteers in January 2018, mere hours after No More Deaths and La Coalición de Derechos Humanos released a report and horrific videos that exposed Border Patrol agents intentionally vandalizing and destroying those lifesaving jugs of water. “Make sure you get a nice shot,” said one grinning border agent as he poured the water out onto the desert ground. “Picking up this trash that somebody left on the trail.”

The New York Times reports that “Prosecutors say the two migrants aided by Warren were never in any real distress.” But what would they know about that? Federal immigration officials also allegedly violated an Obama-era agreement in raiding No More Death’s medical camp in 2017, arresting a number of migrants in a sweep that resembled a war movie. In a tweet, the organization said “30 armed agents entered camp [with] at least 15 trucks, 2 quads and helicopter to apprehend four patients receiving care.”

In truth, it’s the administration’s anti-immigrant policies, especially those targeting vulnerable asylum-seekers, that are pushing desperate people to cross in more remote and dangerous areas, which will no doubt lead to more deaths. “Border Patrol finds the remains of 375 migrants on average every year,” stated The New York Times, “more than the number of people who have been murdered in El Paso in the past two decades.”

For their work, No More Deaths and volunteers like Scott Daniel Warren are heroes. They are saving lives. The federal government is now trying to make an example out of them, and at the cost of those lives. “I face up to 20 years in prison for doing humanitarian aid work,” Warren says in a video. “People are dying right on the edge of our town. That’s what drives me to act.”