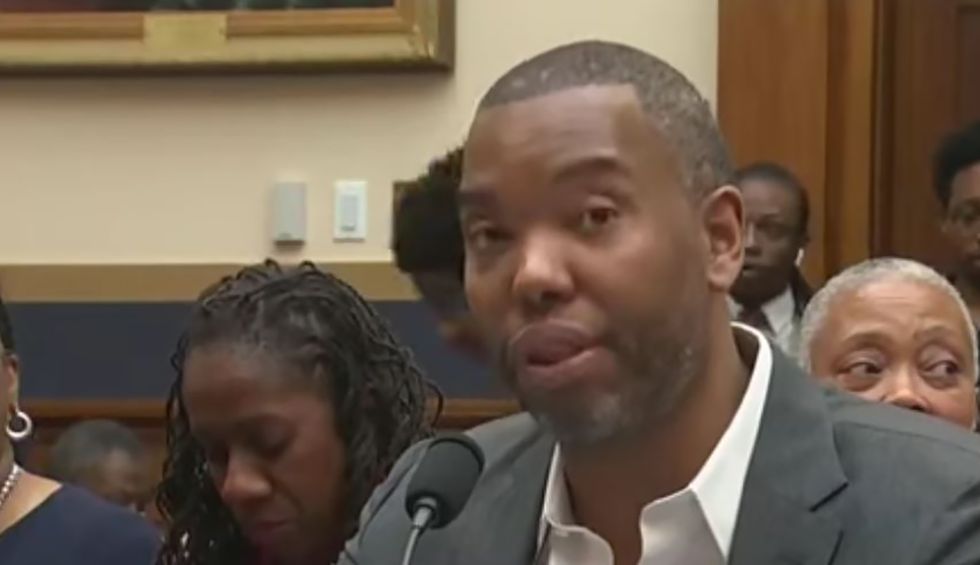 In Coates’s opening remarks, he responded directly to McConnell’s claim that the government should not pay out reparations to black Americans because slavery ended more than 150 years ago.

Coates pointed out that the United States was still paying out pensions to the families of Civil War soldiers “well into this century” and he said that the government still honors treaties it signed even though no one who signed them is still alive today.

He also argued that the horrific treatment of black Americans did not simply end after the Emancipation Proclamation.

“When it ended, this country could have extended its hallowed principles of life, liberty and the pursuit of happiness to all, regardless of color,” he said. “But America had other principles in mind. And so, for a century after the Civil War, black people were subjected to a relentless campaign of terror — a campaign that extended well into the lifetime of Majority Leader McConnell.”

He then went on to list racial atrocities that did occur in McConnell’s lifetime.