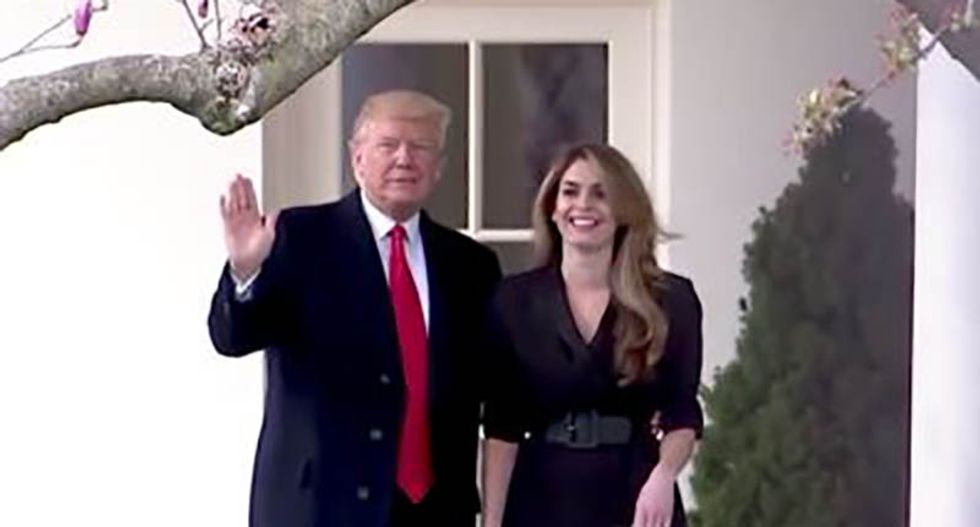 The former White House communications director complied with a subpoena Wednesday morning to testify before the House Judiciary Committee, but refused to answer any questions about her time serving under President Donald Trump.

A White House lawyer who accompanied Hicks, who left the government in early 2018, repeatedly objected to questions from congressional investigators.

Hicks has answered some of the committee’s questions, according to Rep. David Cicilline (D-RI), but insists she should be immune from discussing her White House service.

Rep. Jerry Nadler (D-NY), the House Judiciary Committee chairman, has said those claims of immunity are absurd because the topics Democrats are asking about have already been made public in the report from special counsel Robert Mueller.

Hicks is mentioned 184 times in that report.