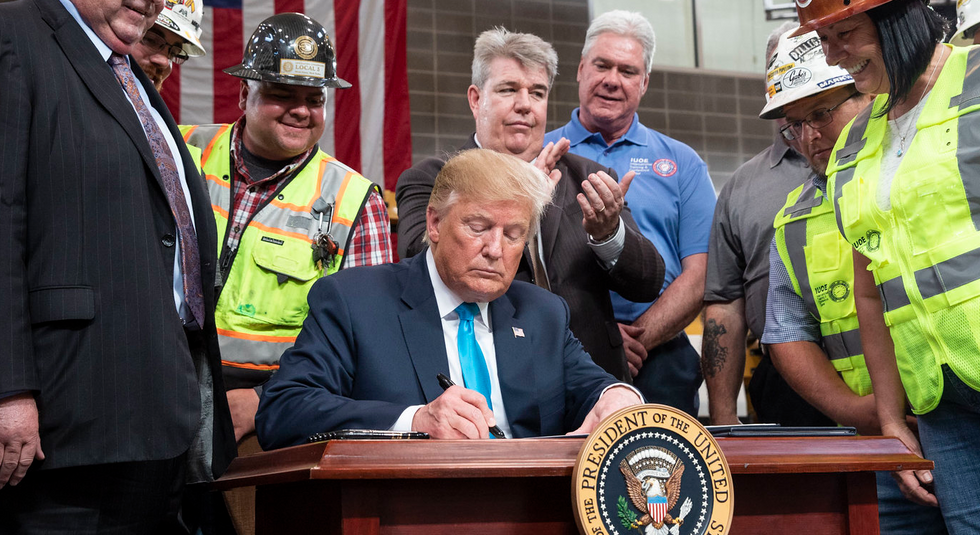 The New York Times reports that retailers are warning the Trump administration what disaster it will be for their businesses as well average America households as they watch the prices of goods like toys, clothes, and footwear spike.

Brick-and-mortar retailers, which have already been squeezed by the online market, are hoping to put on the brakes since the administration hasn't yet set a hard date for the new tariffs. China, for instance, produces almost 70% of the shoes bought in the U.S. Matt Priest of the Footwear Distributors and Retailers of America called the amount of harm the new tariffs could cause "catastrophic."

Not only will the bottom lines of retailers suffer, but their revenue losses could also result in more job losses in an industry that already closed some 6,000 stores just last year, a number that will likely rise this year, according to Coresight Research.

The overall worry, say economists, is the possibility that any tariffs that so directly affect consumers could push the economy into a recession. “It’s Economics 101 that as prices rise, people will spend less," Deutsche Bank economist Torsten Slok told the Times, noting that consumer spending accounts for around 70% of GDP.

For now, major retailers like Gap Inc. and Kohl’s are hoping Trump either has a sudden change of heart or suffers a severe memory lapse, because the strength of the U.S. economy is now heavily dependent on the whimsy of one man.