Here's what it's like to go on a conservative dating app 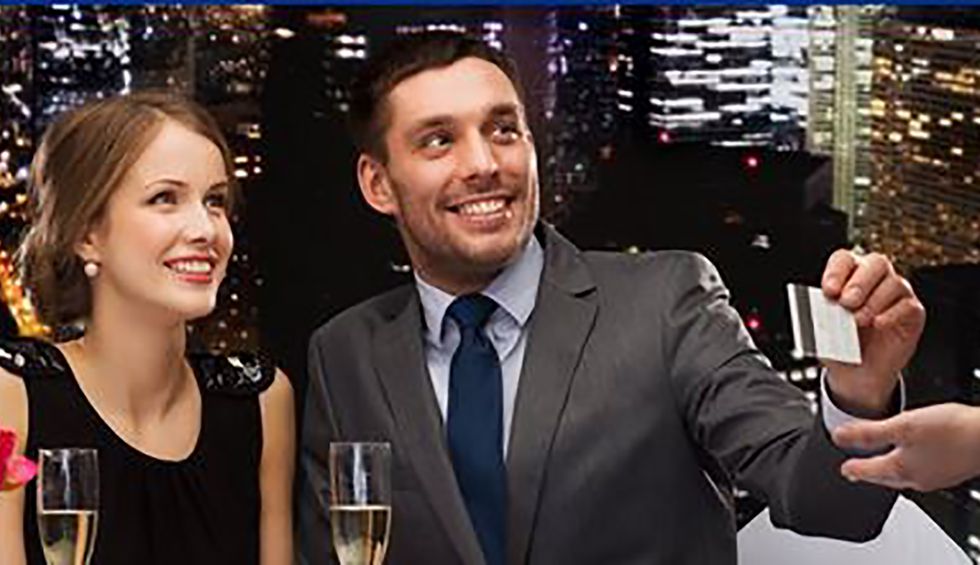 Conventional wisdom holds a relationship is based upon common interests. The general course of most couplings involves going out on dates where people have to find interesting things to discuss, through continued interactions it builds intimacy, trust, and closeness, and hopefully good sex, commitment and love comes afterwards. But common interests doesn’t always mean sameness. Some of the most boring conversations in the world can be where someone just repeats: “Yes, me too.” For some, the most attractive quality in a partner is to have someone who’s different and challenges what one thinks.

However, how different is too different?

About ten-years-ago, I went out on a date with a beautiful woman, who had a B.S. degree in chemistry, and for most of the night things seemed great. But in the middle of dinner, she started telling me about how fluoride calcifies the pineal gland in the brain, is used as a control on the population, and blocks humanity from experiencing spiritual elevation. It may have been due to the effects of drinking so much fluoride over the years (and knowing a thing or two about human biology), but listening to what I believed to have been an otherwise smart person spout some of the dumbest, conspiracy theory shit I’ve ever heard, instantly turned me off to wanting to waste any more time with her. It was a level of stupid that was just too much for both my brain and my penis.

And for many single people out there now, Republican positions which slight women and scapegoat people of color, as part of an overall support of the Trump presidency, is a level of stupid too far. This has been a problem for lonely conservatives seeking love since even before Trump assuming the presidency. According to a survey done by the dating/hookup app Tinder, 71 percent of online daters and 66 percent of singles who meetup the old-fashioned way in person consider conflicting political ideology a dealbreaker for a relationship. About a year ago, there was a Politico story about young staffers in the Trump administration who claimed they had to hide their affiliation with the president when talking to potential dates. A 31-year-old female official is quoted as saying her experience with dating apps usually ends badly “very, very frequently,” with one possible match asking her: “Do you rip babies from their mothers and then send them to Mexico?” after he learned she worked in the administration.

Like with all things, instead of this reaction giving conservatives pause, taking a moment of self-reflection, and wondering whether maybe they’re the “baddies,” the right-wing instead whines about “discrimination” because people swiped left, paints themselves as victims of “intolerant” so-called-tolerant liberals, and wall themselves off in their own gated communities. In this case, the gated communities are dating apps meant to appeal only to conservatives.

So what exactly does a conservative dating app look like?

The answer is that they look mostly like every other dating app, just with shittier functionality, fewer people, and more selfies of men posing with assault rifles.

Similar to how cable and streaming have fragmented the viewing audience into hundreds of different channels and online options, the market for dating help has become just as segmented. Match.com, Tinder, eHarmony, and OkCupid go after everyone and allow the user to filter out and pare things down by swiping left or right; Farmersonly.com, JDate, and BlackPeopleMeet.com targeting people based on lifestyle, racial, and ethnic demographics that some people find the most important aspect in an intimate partner. And there are a whole host of reasons people reject others. Bumble introduced a filtering feature that allows its users to reject potential matches based on their astrological sign. But the rise of dating options based on personal ideology is a reflection of both segmented marketing and the polarization of the public in a time of political strife.

In recent years, a crop of conservative dating startups have launched in response to this phenomenon, all with one purpose: giving right-wingers a safe space to find love. Some, like Righter and Conservatives Only, are only for, well, conservatives. Others, like Donald Daters — tagline: Make America Date Again — claim they’re open to people of all political stripes who are interested in dating Republicans … Some of the people behind these conservative apps think liberals who refuse to date conservatives are doing something more destructive than looking for partners who share their values. To them, it amounts to anti-conservative discrimination.

Emily Moreno, the founder of Donald Daters, told me she once had a date walk out on her “before the drinks had even arrived” after she said she had worked on a Republican Senate campaign — and that was before Trump got elected.

“I continue to hear these stories from my friends about how when they’re on these standard dating apps, they’re always told they won’t get a first date. It’s right there in the bio,” she said, referring to the seemingly ubiquitous “Trump supporters swipe left.”

Among the options for lonely partisans looking for love:

Even eHarmony, which was once known as a more conservative Christian-oriented site, has become more mainstream in recent years. It has the same number of Christian users as non-Christian users, according to its chief executive officer, Grant Langston. But like OkCupid, eHarmony has seen the number of users willing to date people of other political stripes shrink dramatically.

“I think there is some debate as to whether it is even possible, now, to mix people who are passionate about politics and on different sides of the fence,” he said. “Over the last year, our users have gone to great lengths to call out their political stripes in their profiles, and they are doing that as a way of saying, ‘If you don’t agree with me, let’s not communicate.’ So, putting people into one large pool may not be doing much to break down walls among the politically dedicated.”

One of the newest of these dating apps/sites appealing to conservatives is Righter. Founded by Christy Edwards Lawton, after she claimed to have met a “beautiful” woman at a Republican fundraiser in Manhattan who stated that the only men who wanted her were those who wanted her for sex, and that being a conservative was a detriment to finding someone who wanted a relationship. Lawton also states that the Righter app was launched after research into Tinder profiles in which, from sea to shining sea, there were messages saying, “Trump voters swipe left.”

Righter is specifically intended to be used only by conservatives, to the point that Lawton has threatened to sue any liberals who use the service when it launched late last year, while also marketing Righter with a stream of offensive messages meant to appeal to the people who’ve spent the past four years supporting offensive things and people.

Christy Edwards Lawton: “So the principle of the [Righter] app was always conservative principles. What was just interesting, after Donald Trump got elected, was the toxic environment that we were in … I think it started with TV; I think porno being so accessible on your phone, that definitely helped. I think that the apps, the dating apps, Tinder, definitely escalated it and made it so easy. But again, I have to say here, there is a responsibility on women: Close your legs, please. Here’s the issue: If men can get it that easily, and if you’re repeatedly giving it to them that easily, it’s supply and demand. Guys, this is economics 101. Sexonomics … Not on any level would I raise my daughter as a feminist.”

I decided to risk the wrath of Lawton’s legal team and created a profile on Righter to see what one could expect from a dating app based on conservative principles.

The first thing that’s apparent is the binary choices. Like some of the Trump dating apps/sites discussed above, the gender choices are limited to male or female. And once you are in the app, the possible matches for a user are limited to only those of the opposite sex.

Another thing that becomes clear is that conservative dating apps such as Righter are basically just like the normal dating apps, just shittier. The people one sees in the app seem like the types of people one sees in ordinary dating, except there there’s a lot of talk about Jesus, guns, and taxes being theft. However, if there’s an audience of neglected conservatives needing love, it’s a very small one.

I used the app in a pretty conservative area of the country, where one would think Righter’s bread-and-butter user base would come from. There were only a handful of matches nearby, and most of the matches were hundreds of miles away.

Beyond the limited amount of fellow conservative assholes to pick from, there are issues with functionality. The app is not the most intuitive thing to use. Although one can increase functionality and make things less shitty by paying $9.99/month. I declined the offer.