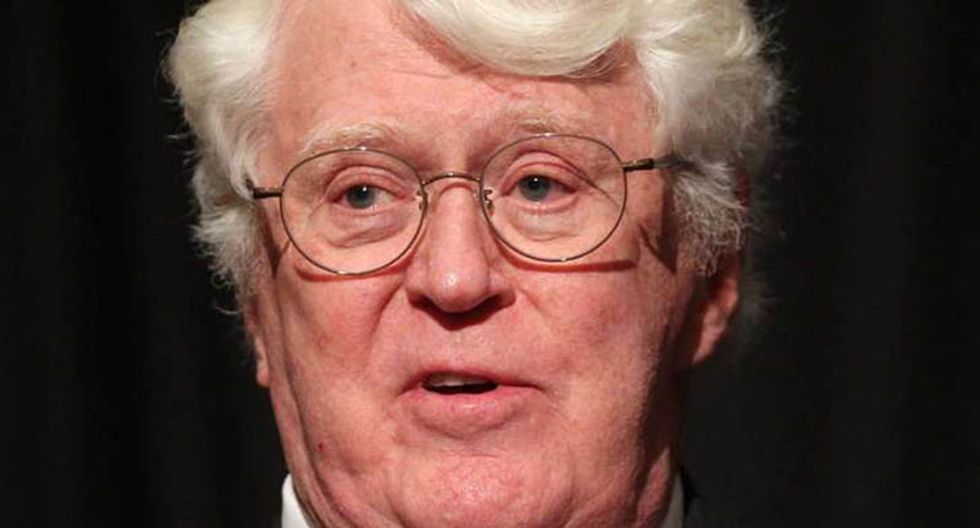 Only one of the billionaire Koch brothers supported Donald Trump’s 2016 campaign: William Ingraham Koch. Bill Koch even raised money for Trump, his nearby neighbor in Palm Beach, Fla.

That same year, IRS criminal agents began an investigation after receiving nearly 1,000 pages of documents detailing what were described as multiple tax frauds at Bill Koch’s companies. The documents, which we call the Koch Papers, came from a deeply knowledgeable source: Charles Middleton, who had been one of the companies’ top tax executives.

Michael Galdys, an IRS criminal investigation agent in West Palm Beach, gave no explanation as to why he was no longer pursuing the case when he sent a June 13, 2017 email to one of Middleton’s lawyers, William Cohan, in Rancho Santa Fe, Calif.

Koch’s company, in a written statement, said Bill Koch “has not approached President Trump to discuss any significant Company business issues, tax-related or otherwise.” The company also said it discharged Middleton “for cause” and noted that the IRS closed an audit of the company’s 2011 and 2012 tax returns without making any changes.

The Koch Papers detail what Middleton and his lawyers say were multiple tax dodges over many years. The biggest involves profits from selling petroleum coke, a residue from oil refining that is among the dirtiest of all carbon fuels.

Two of Bill Koch’s better known and much richer brothers, Charles and David, are also heavily invested in carbon industries and in promoting their libertarian political philosophy. In 1983, Bill, who is David’s twin, sold his shares in the family business and set up his own operations under the Oxbow moniker. Charles and David have no involvement with Bill Koch’s company.

While his brothers are worth more than $50 billion each, according to Bloomberg magazine, Bill Koch, 79, is worth about $4.1 billion. He holds a Doctor of Science and two other chemical engineering degrees from the Massachusetts Institute of Technology.

The Koch Papers are remarkably clear and complete, raising questions about why the IRS would choose not to pursue an inquiry.  The head of the Justice Department’s tax division, which decides which IRS cases to pursue criminally, was notified of the case during the last days of the Obama Administration, the Koch Papers show.

The Koch Papers, by contrast, reveal simple techniques. But recognizing those techniques would require seeing documents that were withheld from IRS auditors, Middleton wrote.

William Koch now owes our government hundreds of millions in taxes, penalties and interest, my analysis of the Koch Papers and other documents indicates, but he and his company would pay nothing if the investigation remains closed.

Federal law allows whistleblowers to collect up to 30 percent of any taxes, penalties and interest the IRS recovers as a result of the whistleblower complaint.  However, Middleton cannot collect any reward under terms of his separation agreement with Koch’s company, according to Cohan, Middleton’s main lawyer.

Cohan said that while his client may be contractually blocked from keeping any IRS reward, he and Colvin, Middleton’s other lawyer, may be able to collect. However, both Colvin and Cohan said they have no expectation that the Trump administration will pursue their client’s whistleblower complaints. They said their interest was in pushing for fair enforcement of tax laws.

Cohan said he believes “Trump made a call and that was all it took to stop the investigation.” A White House spokesman, in an email, issued a non-responsive comment that he declared was “off the record.” (Journalists, not sources, decide what is off the record.) A second request drew no reply from the White House.

Any Trump involvement would also be appropriate for Congress to investigate, both as a matter of potential criminal conduct and as a potential article of impeachment. Trump vowed to voters that he would “drain the swamp” and to “put America first” under policies that in every instance “will be made to benefit American workers and American families.”

But even if Trump played no role, Congress can obtain the tax documents, question Koch and his senior staff, as well as IRS auditors and those involved in the seemingly aborted criminal inquiry.

Bill Koch has a well-established reputation as a serious businessman who intensely analyzes deals and watches his money closely. The Koch Papers show he was actively engaged in the tax-avoidance efforts. Middleton’s whistleblower complaints and letters by his lawyers assert that he crossed line from lawful tax minimization into tax fraud.

The biggest plan described in the Koch Papers was conceptually simple. It involved various Koch carbon companies under the umbrella of parent company Oxbow Carbon LLC that all shared the name Oxbow. For simplicity, we will refer to them as Oxbow America and Oxbow Bahamas.

Oxbow America bought petroleum coke, also known as petcoke. Various grades are mixed and then sold to different buyers. Low-quality petcoke is burned as fuel in Japan and South Korea, while the best quality helps anodize aluminum and other metals.

The petcoke profits were exceptional, in part because Oxbow America, through a real estate deal, blocked competitors at the Port of Long Beach in California.

That deal gave Oxbow America exclusive access to sell Southern California petcoke to Asian markets. Because of the costs of transporting petcoke by rail or truck, the Long Beach deal made profits per ton of petcoke there exceptionally profitable, company financial calculations show.

The Oxbow companies were organized so that tax bills flowed through to Bill Koch.

With profits of more than $100 million annually, federal taxes of $40 million to $50 million were owed each year, the internal documents show, through 2017. (The Trump/GOP tax law discounts subsequent tax bills by about 5%.)

To escape these taxes, Oxbow America created a shell company in Switzerland, which in turn operated in the tax-free Bahamas. Profits were then attributed to Oxbow Bahamas, wiping out all income taxes.

This brings up two important areas of tax law. When it comes to taxes, substance trumps form. Tax benefits are allowed only when there is a legitimate business purpose to transactions. Business actions designed solely to evade taxes are shams. When discovered during audits these shams are disregarded and taxes are assessed.

In the Koch Papers, reports by consultants, executives and tax advisers suggest that escaping taxes was the sole motivation for creating Oxbow Bahamas. Colvin, the lawyer for Koch’s then top tax executive, wrote to the government that the documents show “the only reason for Oxbow’s creation of the Bahamas office was to avoid U.S. tax.”

No other benefit, such as increased efficiency, was even considered, lawyer Colvin wrote. The Koch Papers show no indication of a business purpose, only escaping taxes.

Significantly, however, the Bahamas deal was evaluated on the basis of whether it would be detected in an IRS audit and what that might cost [...]