From 'ghettos' to 'concentration camps': The battle over words 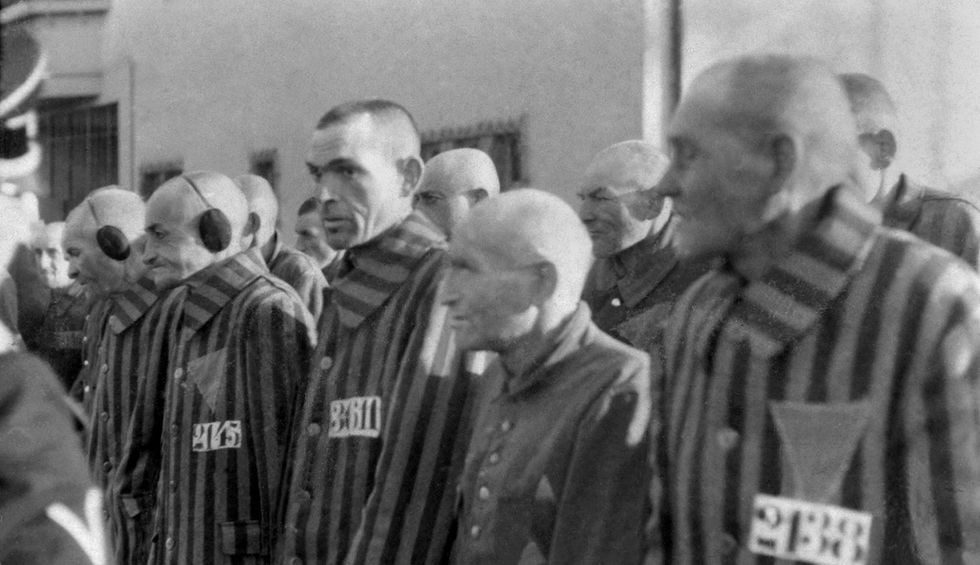 “What’s in a name?,” Juliet famously asks in Act II of Shakespeare’s Romeo and Juliet. For Juliet, the answer is perfectly obvious: nothing. It should not matter that her sweetheart Romeo is a Montague and she a Capulet, feuding families in the strife-riven city of medieval Verona. “Tis but thy name that is my enemy,” Juliet assures Romeo. He could cease to be a Montague, he could cease even to be Romeo, and he would remain her beloved. “O! Be some other name: What’s in a name? That which we call a rose by any other name would smell as sweet.”

Juliet’s answer is difficult to square not only with the ultimate fate of the star-crossed lovers in Shakespeare’s play but also with the controversies that frequently attend the application to someone or some thing of a highly charged label. We tend to think we have minimized the scope of disagreement when we boil a debate down to semantics. The reality is that so many of our cultural arguments manifest as arguments over words, over what they mean, how they are used, and who gets to define them.

The past week has offered yet another reminder of this truth. On Tuesday, Representative Alexandria Ocasio-Cortez, the fiery left-wing freshman Democrat from New York, blasted the Trump administration on Twitter for creating “concentration camps on the southern border of the United States for immigrants, where they are being brutalized with dehumanizing conditions and dying.” Her description of immigration detention centers as “concentration camps” precipitated a riposte from Representative Liz Cheney of Wyoming, the chairwoman of the House Republican Conference, who, likewise in a tweet, scolded Ocasio-Cortez for betraying the memory of the six million Jews murdered in the Holocaust with her choice of words. The days since have seen further sharp exchanges on this issue, as politicians from opposing sides of the aisle, op-ed columnists, Jewish organizations, cable news journalists, and, of course, the Twitterati on the right and the left have weighed in on whether the “concentration camp” designation is appropriate or misplaced.

This is far from the first time the usage of a term with Holocaust associations has provoked a backlash. Some of the same arguments that are now being made to rebut the labeling of detention facilities as “concentration camps” were trotted out in the past to resist the naming of segregated African American neighborhoods as “ghettos.” In 1964, the American Jewish intellectual Marie Syrkin wrote, “In the immediate as well as historic experience of the Jews the ghetto is not a metaphor; it is a concrete entity with walls, stormtroopers, and no exit save the gas chamber.” Syrkin penned this jab at the transference of the word “ghetto” from Jews to African Americans at a time when the black referent for the term was only beginning to become mainstream. Yet, nearly three decades later, the American Jewish author Melvin Jules Bukiet expressed the same pique. In April 1993, on the eve of the gala opening of the U.S. Holocaust Memorial Museum in Washington, DC, Bukiet published an editorial in the Washington Post that was bitingly critical of the museum, which he judged a well-intentioned but insidious attempt to absorb the Holocaust melting-pot style into a vocabulary of American politics and culture and to sap it of its Jewish specificity. “Something similar,” he wrote, “has also begun to happen with other elements of the Jewish tradition. Take the word ‘ghetto,’ which is commonly used as a synonym for slum. A ghetto is a an enclosed, preferably walled-in, domain within a city, and despite the invisible walls around Harlem, there is no barbed wire across 125th Street and there are no guard towers.”

Both of these attempts to limit the word “ghetto” to its Holocaust meaning skipped over the fact that, prior to the Holocaust, the term had a long history of being used to refer to both coercive and non-coercive Jewish quarters. Its early uses centered on two cities: Venice, where it referred to the segregation of the Jews in 1516, and Rome, where the ghetto survived until the fall of the Papal States in 1870, long after it had ceased to exist elsewhere. The ghettos of the early modern Italian peninsula were compulsory, segregated, and enclosed Jewish spaces, and while they were kept under round-the-clock surveillance, there was no “barbed wire,” which had yet to be invented; nor were there “guard towers” (which may have been a feature of some Nazi concentration camps, but were likewise absent in Nazi ghettos). Even after the original mandatory ghettos disappeared with the legal emancipation of Western and Central European Jews, the term “ghetto” was resurrected near the turn of the twentieth century to refer to densely packed but voluntary Jewish immigrant neighborhoods such as London’s East End, New York’s Lower East Side, and Chicago’s Near West Side. Moreover, over the course of the nineteenth century, “ghetto” came increasingly to be used especially by Jews as a metaphor for an old-world, traditional Jewish society and mentality believed to be disappearing.

One argument that has been made on the left to defend Ocasio-Cortez — which she herself has now adopted — is that the term “concentration camp” also has a history that predates (and coincides with) the Holocaust. It first became prominent during the Second Boer War from 1900 to 1902, when it was applied to the internment camps established by the British in South Africa. Later, in the 1940s, it was widely used in discussing the American internment of Japanese-Americans during World War Two. The difficulty with this argument is that it is clear that Ocasio-Cortez intended to mobilize memory of the Holocaust by appropriating a term that, since 1945 at least, has become indelibly associated with the destruction of European Jewry. The day before her tweet that went viral, she posted an Instragram video where, in addition to using the word “concentration camps,” she invoked the slogan “Never Again,” which is commonly used to refer to the importance of remembering the Holocaust. By 1945, the term “ghetto” was sufficiently venerable and versatile in its signifying capacity that efforts to reserve it for the Holocaust were unsuccessful. The label “concentration camp” did not have a similarly long history of changing and contested meanings. While academics may continue to employ the term to designate the general phenomenon of camps in which people not guilty of a crime are interned by the state, in the popular lexicon today, “concentration camps” cannot be used without effectively conjuring the Holocaust.

There are others on the left who, confronted with the analogy with the Holocaust, have said, essentially, “bring it on.” They have argued that analogies by definition do not presume identity, only resemblance, and that the evocation of the Holocaust in reference to the Trump administration’s cruel treatment of immigrants is not out of bounds. Both on substance and as a matter of strategy, this seems misguided. The presence of the attributes of incarceration, atrocious conditions, and even racial animus in the case of the detention centers is not enough to warrant comparison with Nazi concentration camps that were factories for slave labor at the very least, and eventually became part of a system of mass murder. The problem with the analogy is not merely that it is strained at best and inaccurate at worst. Marshaling the Holocaust to criticize (or justify) contemporary policies diminishes the scale of the genocide against the Jewish people and allegorizes Jewish suffering. Certainly, we can and should learn from the Holocaust to fight against racism and dehumanization, mindful of what they can lead to, but we should avoid comparisons that collapse the distance between the Holocaust and current events and result in the trivialization of the former. Simply on the level of tactics, Ocasio-Cortez’s choice of words has backfired by deflecting attention from what should be the focus — the Trump administration’s appalling treatment of immigrants — and creating an unnecessary flap over the Holocaust and historical semantics.

None of this excuses the response of Jewish organizations that acceded to this deflection. It is morally obtuse for groups like the Jewish Community Relations Council, however officially nonpartisan, to condemn the language used to describe the Trump administration’s sadistic policy for trespassing on Holocaust memory while barely commenting on the policy itself. When the internal watchdog for the U.S. Department of Homeland Security documents cases of migrants and asylum seekers being kept in “standing-room-only” cells for days or weeks in prison-like facilities meant to hold a fraction of their current population, it should merit more than a passing expression of concern, with the real ire directed atone congresswoman’s pressing of the Holocaust into service to indict the inhumane actions that have led to these conditions.

The battle over words, though it can be a distraction, is not likely to abate anytime soon. So long as we continue to use labels that have a history and are, as Erich Auerbach once described biblical narrative, “fraught with background” — which is to say, forever — there will be controversy. What’s in a name? Quite a lot, as it happens.

Daniel B. Schwartz is an associate professor of history and the director of the Judaic Studies Program at George Washington University. His new book, Ghetto: The History of a Word, will be published by Harvard University Press this September.