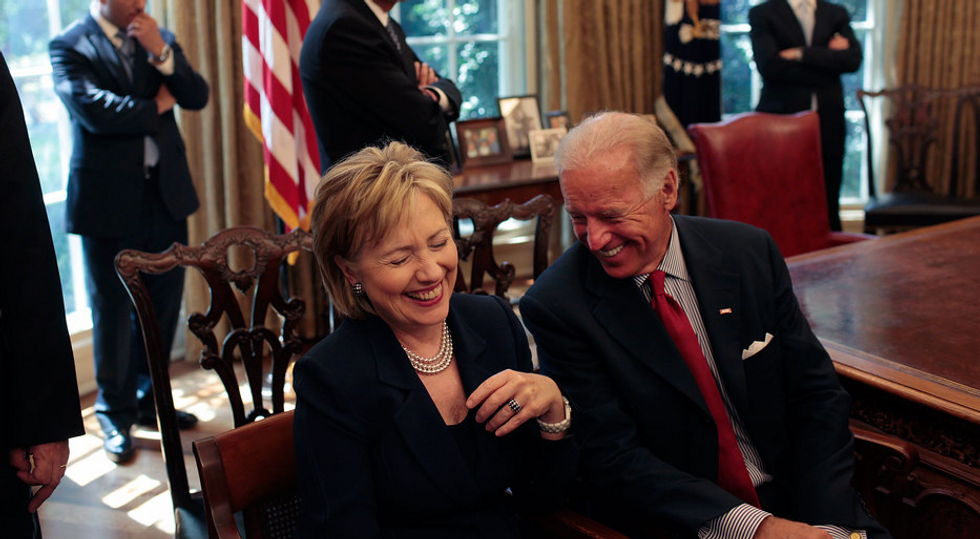 Biden “does look very tired,” Kennedy said last week. “Joe Biden’s tired,” Hannity said the same night. “He does not have the energy for this. He’s not up for this challenge. They’re already hiding him like they hid Hillary. They don’t want him out there.” Kennedy has twice invoked Clinton’s “overcoat,” the conservative theory that a picture showing Clinton with a slight bulge on the back of a jacket was evidence she was hiding a defibrillator (rather than the much more likely explanation that it was wireless audio equipment). And she’s claimed that “He is much more like Hillary Clinton, because if you talk to Democrats, who are working for different campaigns, all of the aggressive gossip whisperers—and this is where the action is happening in terms of opposition research—it’s people having a few drinks at a bar and whispering, ‘You know there is something wrong with the former vice president.’” Because if there’s one person who’s tied in to Democratic gossip networks, it’s a Fox News host.

They’re laying the groundwork here to make this a major conspiracy theory should Biden win the Democratic nomination. And no, Fox viewers won’t notice that it’s the exact same play as Hannity and friends ran on Clinton in 2016, or that she remains healthy, let alone consider what they would say about the health of a Democrat who looked, sounded, and behaved like Donald Trump.