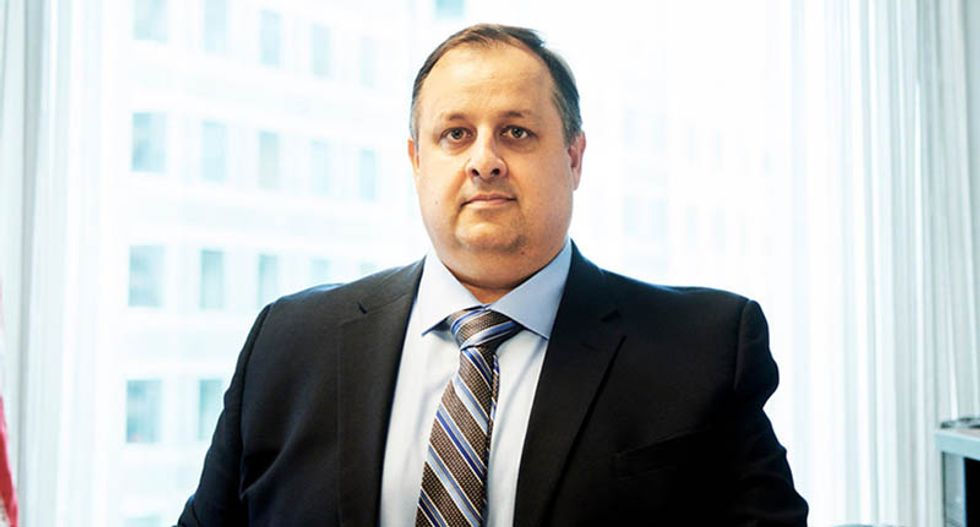 Walter Shaub served as director of the U.S. Office of Government Ethics (OGE) from 2013-2017.  The OGE is an independent agency within the Executive Branch of our government. Its directors serve five year terms by design, so that their tenures may overlap successive 4-year presidential terms. There is no limit to the number of terms a director of OGE can serve. Shaub resigned his position in 2017.

As set forth in Wikipedia, the primary functions of the OGE are as follows:

On Friday last week Shaub posted, via Twitter, a very long list of alarming trends he has observed during the time of the Trump administration, urging Americans to pay close attention to what is being done by Trump and his enablers to undermine the moral and ethical foundations of our republic. He urged Americans not to “underestimate” the magnitude of the threat that Trump represents to not only how we see our country, but how our country (and its citizens) are coming to be viewed by all nations around the world.

From Lee Moran of Huffington Post, and as reported in Yahoo News:

In a 14-tweet thread, Shaub detailed the “signs” that should be noticed from Trump’s time in the White House ― from the president’s 10,000-plus lies since his inauguration to his controversial declaration of a national emergency in a bid to secure funds for his proposed wall on the U.S.-Mexico border.

The entire thread can be viewed by clicking at the bottom of the above link, and is reproduced in full in the Yahoo News article linked above it.

Outrage fatigue is real. The ability of human beings to process, retain and recall information is obviously limited.  For those of us who occasionally feel overwhelmed by the scale and speed of Trump’s attempts to undermine the government and country we once knew, the list provides a recapitulation of only those more recent efforts. It is by no means a comprehensive list.

-Mnuchin is violating a law on turning over taxes to House

-An Inspector General found standing room only in border detention cells, with detainees standing on toilets to breathe

-Tone of OLC's recent opinions has changed under Assistant AG Steven Engel, who was tied to one of the torture memos

-Military went to the border for Trump

Collectively, these events and the others listed by Shaub paint a picture of an administration that is morally and ethically bankrupt, one which is deliberately using all tools available to it to sabotage the institutions and assumptions about the integrity of government which most of us previously held as implicit. As Shaub had previously stated, it is a picture of someone deliberately attempting to reshape the American republic into a kleptocracy.